I find it hard not to laugh, but I have made a Vision Statement for Devenish Wines.  It has actually been very helpful to clarify for myself, my associates who have recently joined Devenish, and my customers; just what it is that Devenish Wines stands for and what sets us apart from other distributors.  Not that we have a monopoly on cool, limited production wines, but if you want unique wines that taste like where they come from and are extremely balanced; well, that's what we do.

So here it is:

Devenish Wines is a small dedicated distributor of fine wines. We believe wines should taste like where they come from--wines that in some way embody the unique climate and environment from which their grapes were produced . To that end, we seek out smaller family owned wineries that take pride in the wines they produce, grow their grapes more naturally, and have a real relationship with the land they work on. The wines we represent are the antithesis of industrially produced homogenized wines.

We feel a sense of responsibility for the wines we distribute and to the people who make them. Therefore we strive to offer impeccable customer service to support the wines once our customers have purchased them. When you buy wines from us, you aren’t just buying the wine; you are also getting our knowledge, passion, and willingness to help promote the wines.

These twin focuses of passion for exciting, unique wines and building strong relationships with our customers are what drives Devenish Wines and sets us apart from other fine wine distributors in the state of Maine. 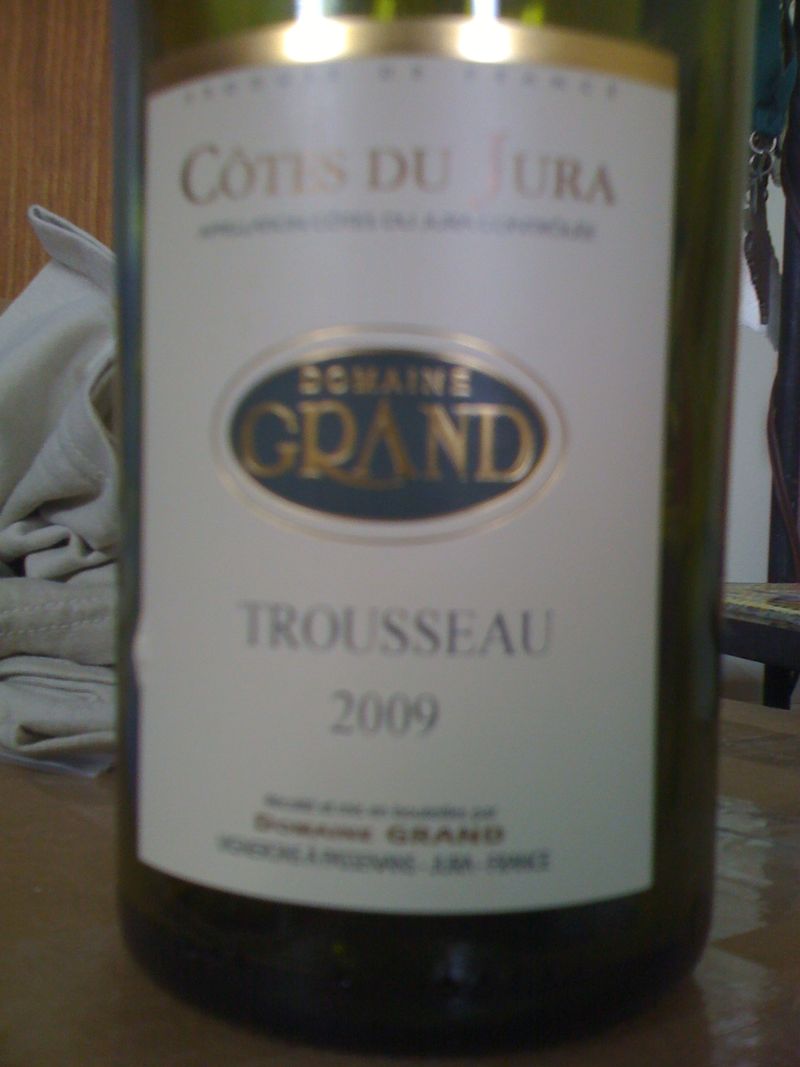 Background: This is one of the coolest, most interesting wines I've had it quite some time.  It's a really enjoyable wine; but also pretty damn wine geeky because it's so unique.  Domaine Grand has been farmed by the Grand family since 1692.  That's right, over 300 years now.  Do you know who your ancestors were and what they were doing 300 years ago?  I sure don't.  That the Grand family does impresses me.  And they've been farming organically since the 80's!  So Jura is a region about 80K east of Burgundy towards Switzerland and the Alps.  It's a low mountain range on the way to the Alps.  All the wines from here seem to have a clean purity of taste from the cool drier air here.  I would bet...maybe $5 that this grape is related to Pinot Noir.  I have no real evidence, it just tastes like it.  Below I describe how:

Aroma: Very pretty, Very floral.  I can pick out raspberry, reduced cherry, ripe strawberries in the  field.  It's very inviting.

Palate:  The wine opens with bright vivid raspberry fruit.  It's very bright and full of life.  I'm going to sound stupid, but it's like clear mountain light and fresh air in wine form.  The texture is very soft and smooth with just a bit of pepper on the finish.  The wine is pretty intense and complex, but it dances across my palate and is never heavy or tiring.  This is a lighter bodied red that is still very engaging.  If you want a big lush Cabernet, this is not that, at all.  But this is extremely interesting and unique.  I guarantee you've never had something like this before.  It's priced under $20 at both Rosemont Markets in Portland, Black Cherry Provisions, The Blue Hill Wine Shop, and Browne trading. 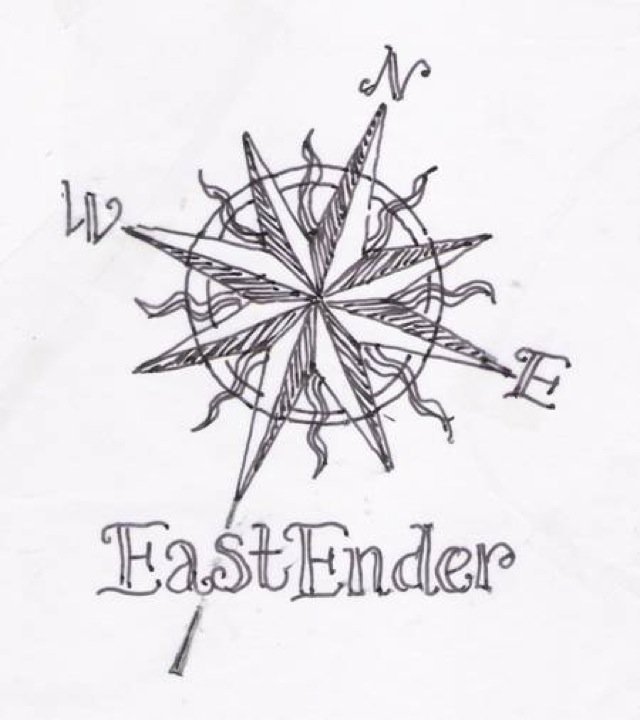 Norm's East end has been closed now for...um.. I don't know how long.  A while.  No one expected the space over in the little restaurant ghetto of Middle St to remain empty long, and it has in fact not.  The Eastender was opened in early January by Megan Schroeter and Mitch Gerow; both formerly of Evangeline.  Put comparison thoughts out of your heads right now.  The only thing the Eastender really has in common with the old Evangeline is that I enjoyed them both very much.

I made it in for a full dinner just over a week ago with a friend.  I may regret making such an absolute statement as this at some point, but I'm going to anyway: best buffalo wings ever.  There, I said it.  If your idea of a good wing is something so spicy you can't taste it, this isn't that.  The wings, East of Buffalo wings as they're called on the menu, were meaty, perfectly moist, and had a lovely crispy crust.  I was told they get whole chicken wings, break them down themselves, and then "French" them: that is they remove the extra bone of te outer segment and push all the meat down to one end before flouring and frying them.  This results in extremely easy to eat wings with this lovely crunchy, perfectly seasoned fried shell.  And they come with a house made blue cheese dip.  The wings were so damn good they loom over large in my memory, but the rest of the meal was great too.  Preceeding the wings I had a duck consume that was a tasty, satisying, interesting combination of the gameiness of duck with the fresh zing of a consume broth.  Following on the heels of the wings was an egg salad sandwich.  In this case it was the chicken that came before the egg, Doh!  Who puts an egg salad sandwich on their menu?  It's not exactly as impressive sounding as a skirt steak or salmon.  So I ordered it thinking Mitch must be a brave chef who really believes in it.  And I think I was right!  It was a big thick sandwich on house made bread with capers and bacon mixed in.  It hit the spot perfectly.

I augmented my dinner with a bottle of sorghum beer.  It was clean and lighter and naturally gluten free!  I was also impressed at what a low markup they're taking on their beer and wine list.  They had really nice 750ml bottles of Belgium farm house ales for $12!  Gadzooks!, that's almost retail pricing.  I also noticed and enjoyed the mix of music; it moved seamlessly from the Pixies to Florence and the Machine and many perfect selections I didn't even recognize.

Anyway, you should go check it out.  They're obviously new and are still putting art on the walls, and the bar stools are a bit hard to get up to the bar; but those are the only nits I can find to pick.  The wings alone are totaly worth the trip, in my humble opinoin.  The beer/wine prices are also a huge draw in their own right.  And the prices are good.  The bill for my friend and I, including multiple courses, beer and wine; came to only about $60.  I'll be back to eat again soon!