Touraine is a larger catch-all kind of appellation that lacks the prestige of Sancerre or Bourgueil, but because of that you can find some great values and hidden gems if you're willing to hunt for them a bit.  I think I've found one in Domaine Chardon, an organic family winery that Laurent and I are just starting to work with.  We went on Wednesday morning to meet Sophie and Thierry.  Thierry had grown up on vineyard in Touraine and his family had made wine for generations, but his father was forced to sell the vineyard.  Thierry and Sophie lived away and Thierry became a fire fighter, but eventually they decided to move their family back to Touraine and try to buy a vineyard.  Thierry actually went to work for the new owner of his families old estate and gained experience there before moving one to their own operation. 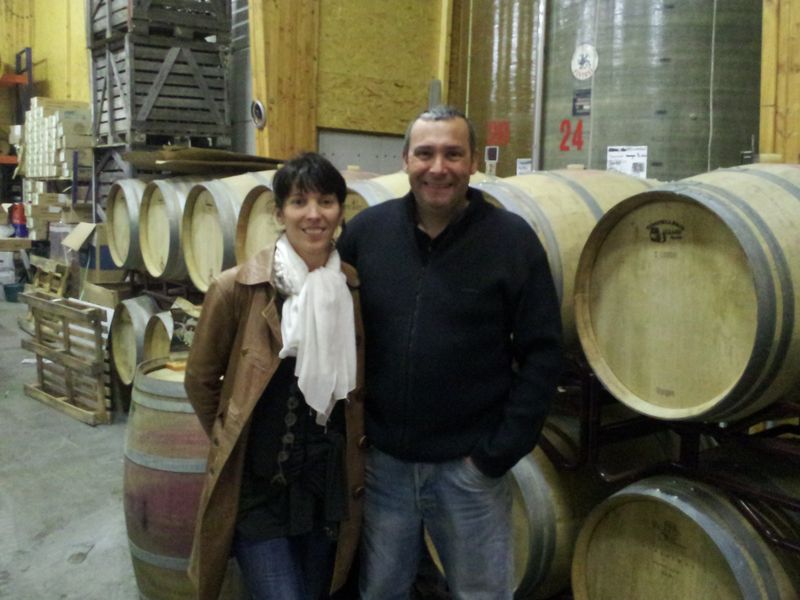 We walked out to the edge of their vineyard, looking out over the gently sloping plateau.  They switched over to organic agriculture fully in the late 2000's after experimenting on several plots.  The vines that were organically farmed ended up healthier, although it was more work so they made the commitment. 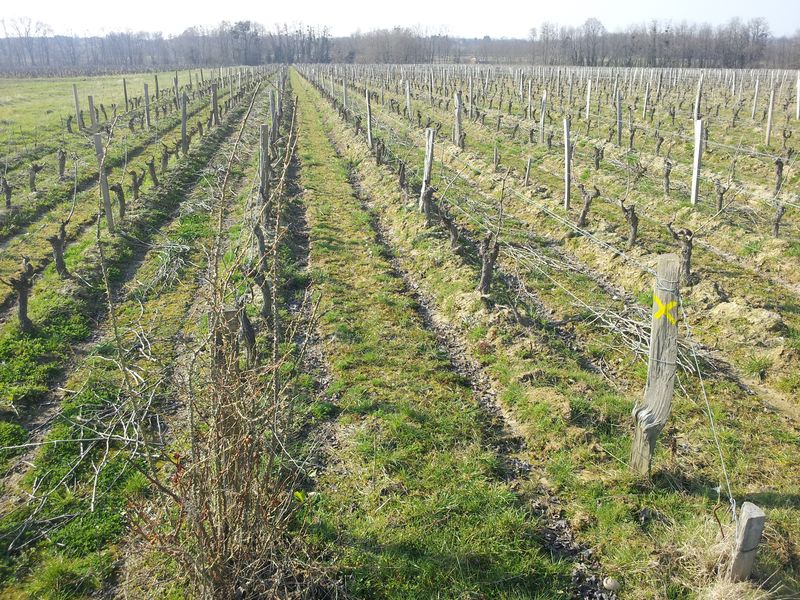 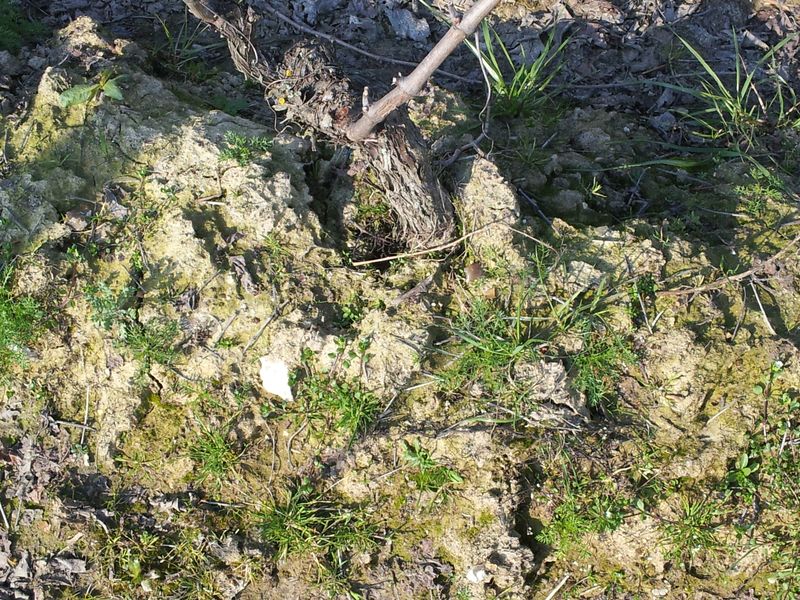 This particular vineyard location seemed to have good drainage because of the slope, and a high amount of schist and flinty rock as well.  You can see some of it in the picture above.  The bright white thing is schist.

We tasted through their line up in the winery starting with their focus, the Sauvignon Blanc.  The 2011 that they had just bottled was bright and vibrant, driven by it's acidity, but with a tasty and slightly salty minerality on the finish and a richer rounder texture than most Touraine.  The flavors were all cleanly expressed and had good definition, by which I mean the different tastes were all clearly delineated on my palate.  There was also a whiff of spicy aromatic herbs that added another dimension.  This will be a great refreshment this summer.

I was also excited about their Gamay.  Most people just associate Gamay with Beaujolais but it is traditional in the Loire as well.  This was a perfect red counterpart to the Sauvignon Blanc with the same bright, fun, liveliness and very fresh and clean definition.  Like if the wine was talking it would be enunciating and pronouncing each syllable very carefully. The Gamay was dominated by intensely vivid raspberries but also had a hint of pepper and a shade of something darker and a bit animally on the mid-palate.  The tannins were young and there, but not aggressive.  Gamay is uncommon in the US, but this is a great light summer red that will be great with a chill.  I'll try to import it.

I also tasted a malbec and a Cabernet Franc of theirs.  Both were good and had those same similar qualities of freshness and clean, bright definition.  It was very encouraging to be able to taste the same characteristics across their wines, making me think that Thierry has a pretty good idea of what he's doing as a wine maker and that their land has specific qualities that shine through regardless of the grape.

These are really delicious satisfying wines that can be anjoyed everyday.  I'm very excited to have these this summer.