This is the fifth installment of my General Wine Geekery articles in the Portland Daily Sun.  Pairing food and wine is really tricky, but there are some great traditional pairings that are a good place to start.  Muscadet and Mussels (or most shellfish) is a great classic pairing.

I consider trying to pair food and wine as being like black magic! Think about it; not only do you have to accurately imagine what a given recipe and wine will taste like, then you have to imagine how the wine and all the flavors will change when they interact! Ideally when you pair food and wine the combination becomes more than the sum of it's parts and both are enhanced. Sometimes you come up with a great combination through contrasting flavors and other times complimentary flavors work best. Luckily for us people have been pairing food and wine for thousands of years so there are some good traditions to help point the way. 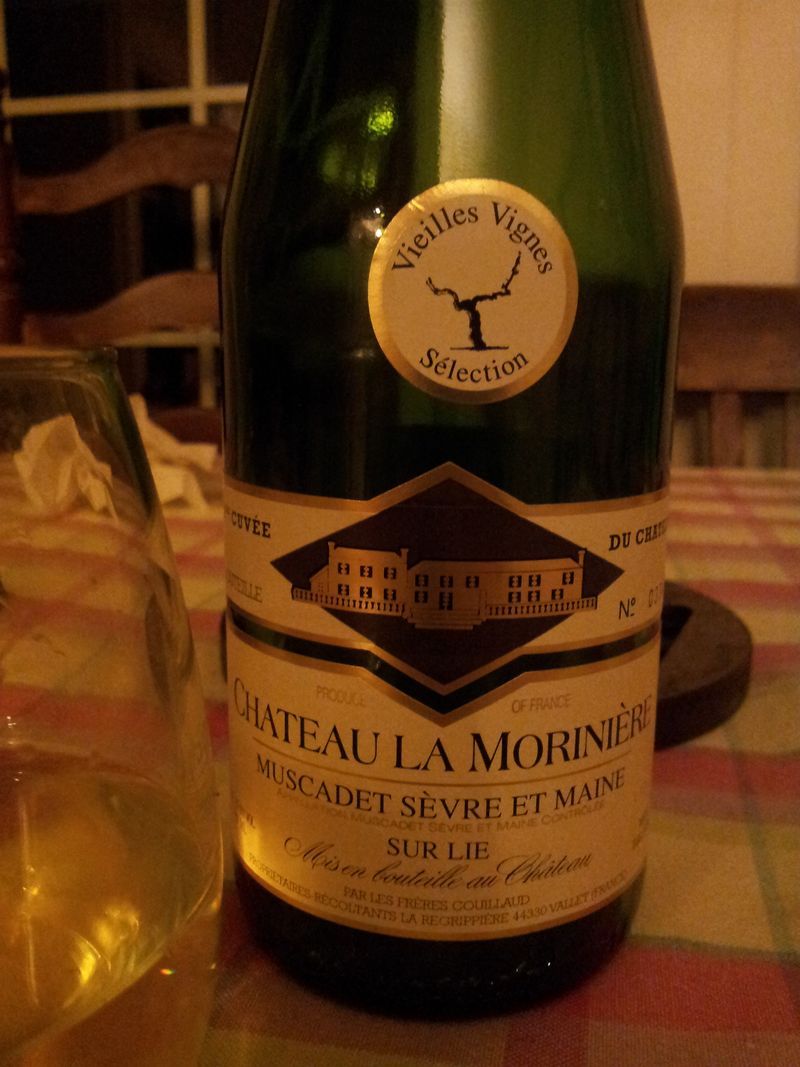 A good place to start with food and wine pairing is your recipe's cultural background and what kind of wine would traditionally pair with it. In the old world wine producing regions cuisine and wine evolved together so you're usually pretty safe using that as a guide. A good example is shellfish (mussels, oysters, shrimp) and lighter white fish like sole and dabs. That kind of seafood is a standby on the Atlantic coast of France; an area that just happens to produce Muscadet, a white wine that's fantastic when drunk with them! Unusually for French wines Muscadet is both the name of the wine and the type of grape that it is made from; my favorite in particular is the Chateau Moriniere Muscadet. 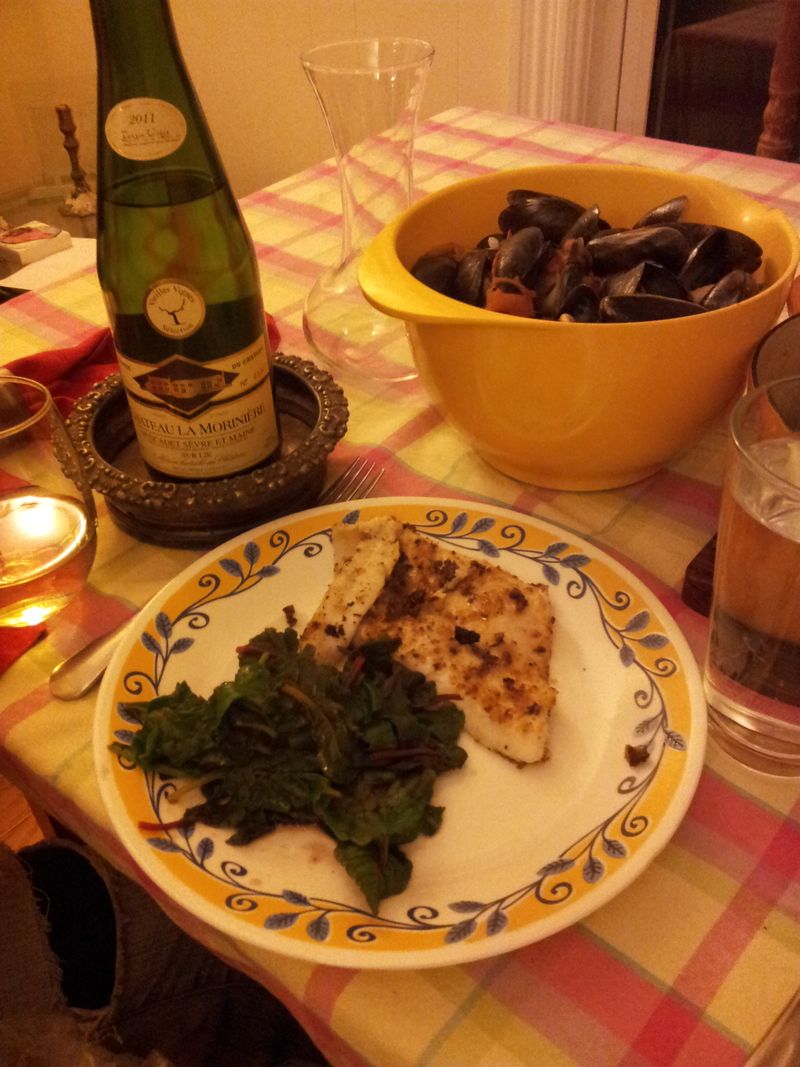 Moriniere's vineyards are close enough to the sea that they get a lot of fog and weather off the water and the wine has a distinct fresh sea air quality to it that I love. Some Muscadet is too light and simple but Moriniere's Cuillard family ages theirs for longer to let it get a bit richer and thicker. Still, the Moriniere isn't a heavy white wine. It has soft, pretty, white wild flower aromas but the real show is the taste of fresh apple, peach, and lemon zest followed by that mineral salt sea quality that makes it fantastic with light fish. I drank a bottle of Moriniere the other night with local dabs and mussels and the with was soft enough that it didn't overwhelm the fish but also complimented the mussels with it's saltiness. It's a tradition that's hundreds of years old and it's affordable at around $13.