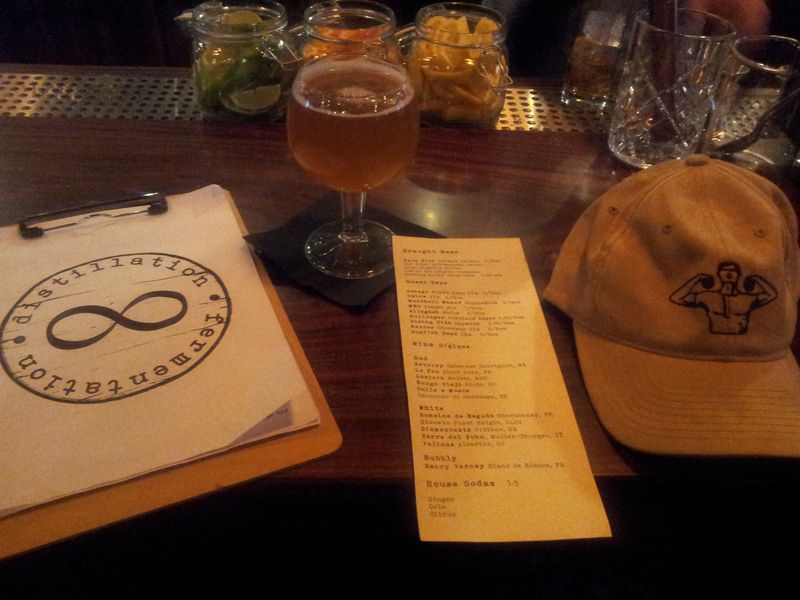 Where: Commercial St across from $3 Dewey's

Why: Infiniti is a really ambitious project, the craftsmanship is crazy, and I am kind of in awe of the scope of it.

When I first started hearing about Infiniti and got my self inside months back to look around my first question was "why isn't everyone talking about this?"  I was agog at the walk in cooler the size of an apartment, beautiful high tech German still, and incredible workmanship throughout the bar.  The fact that the owners of Novare Res were opening a brewery/distillery/restaurant on the water in the old port was a pretty big deal to me, but people didn't seem to know about it. 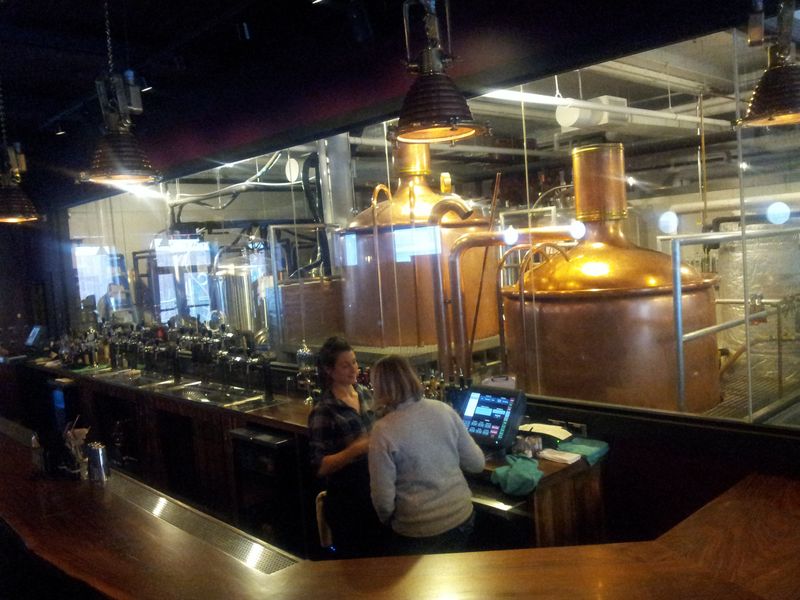 Those light fixtures are recycled portholes!

Now Infiniti's open and I've been there, I think, 5 times.  I've had every app on the menu, tried all the beers that they've made so far, and had plenty of opportunities to admire all the wood work.  Infiniti is a complicated project with a lot of different goals and moving pieces so this isn't like just writing about a normal restaurant.  Infiniti is a really gutsy undertaking that raises the bar for Portland both in the scope of their vision and in terms of investment in the space.  I can't help wanting them to suceed just based on what a big challenge they've taken on.  Owners Julie and Eric Michaud must be aiming for national attention with the brewery and distillery pieces and the bar seems built to be compared to the best San Francisco, NY, and Seattle have to offer. 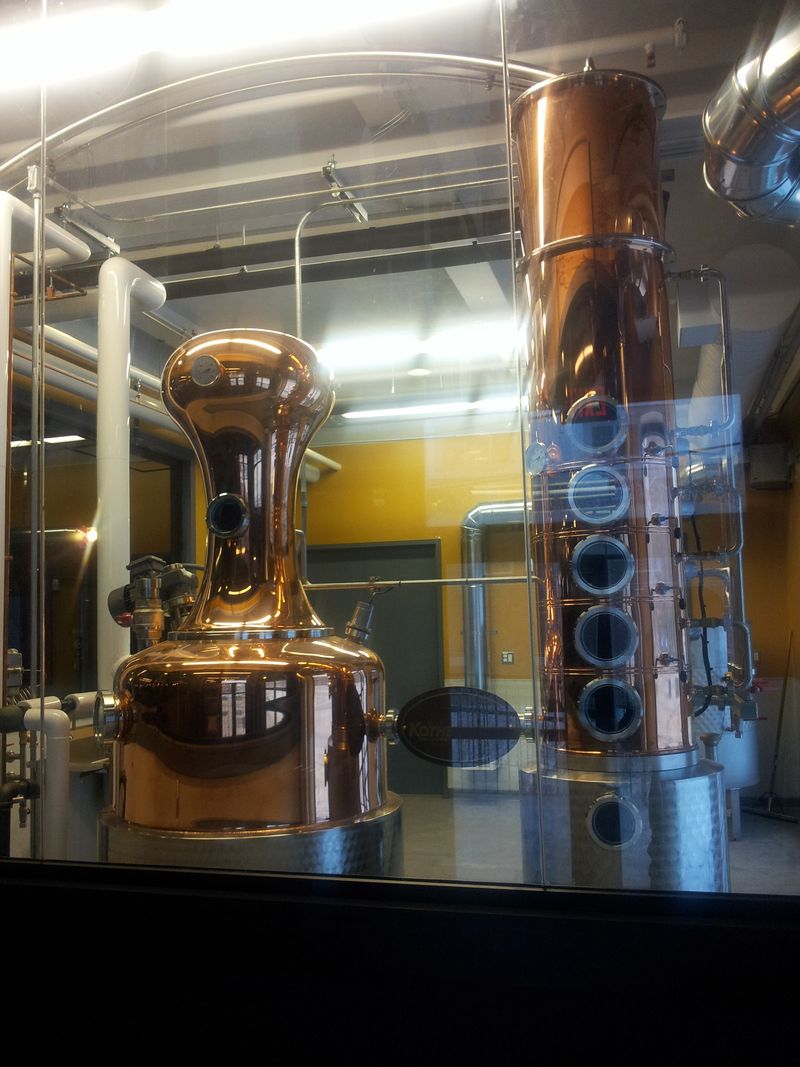 The first night I went was their second official night open; it was a Tuesday night a few weeks ago during a snow storm.  Certainly not a fair time to judge a restaurant, but the food was good.  The Belgian frites seemed to be pretty normal fries but the housemade soft pretzel with housemade mustard was great. The mustard was really intense, but I warmed up to it as I got used to it. Housemade is a theme; it gets applied to everything from beer to spirits (eventually), and sauces.  I was also pretty happy with a scallop ceviche that I had.  The ceviche was nicely put together and not overly acidic.  In subsequent visits I think the cod loin became my favorite app.  The broth it is served in is rich and creamy and the piece of cod was substantial; it was one of the more filling meal like apps. 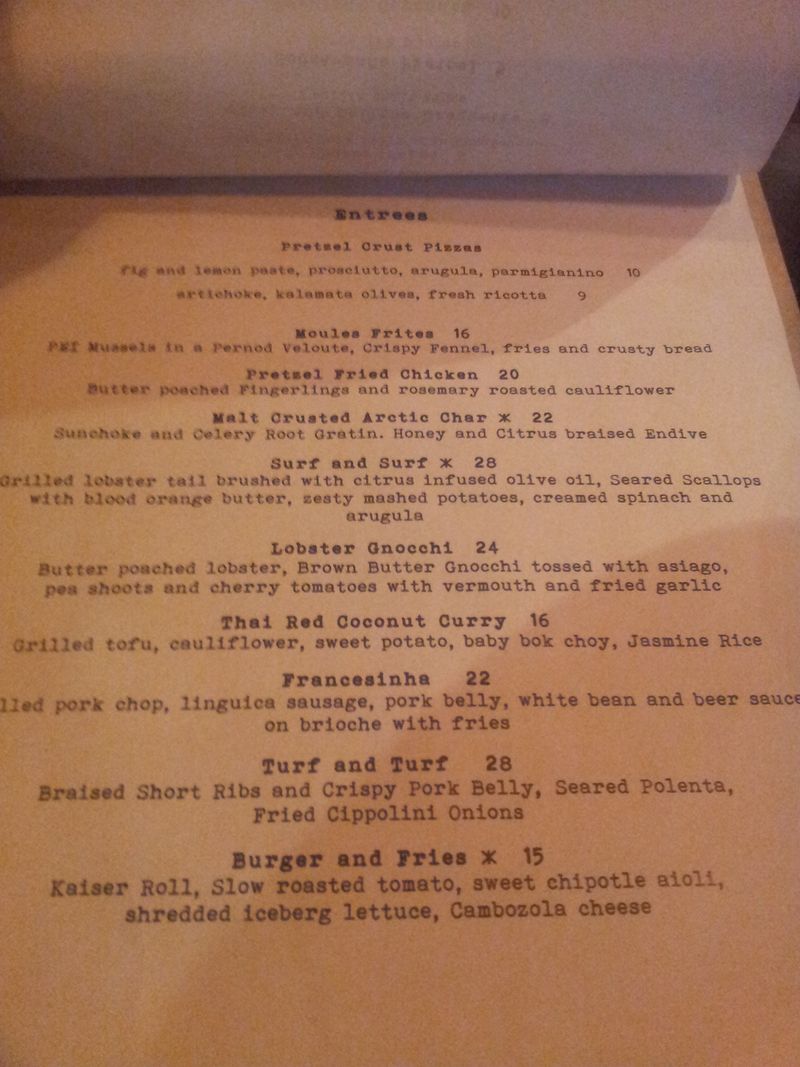 The food has improved quickly as the kinks were worked out over the first week and I've been impressed over all.  Infiniti's menu isn't mind blowing, but they just opened and it is well thought through for what they're doing.  I've tried all the beers they've made and they've all been clean tasting and well balanced; none has seemed overly hopped or unbalanced I'm really sensitive to that kind of thing.  The beer is surprisingly well made for such a new operation. 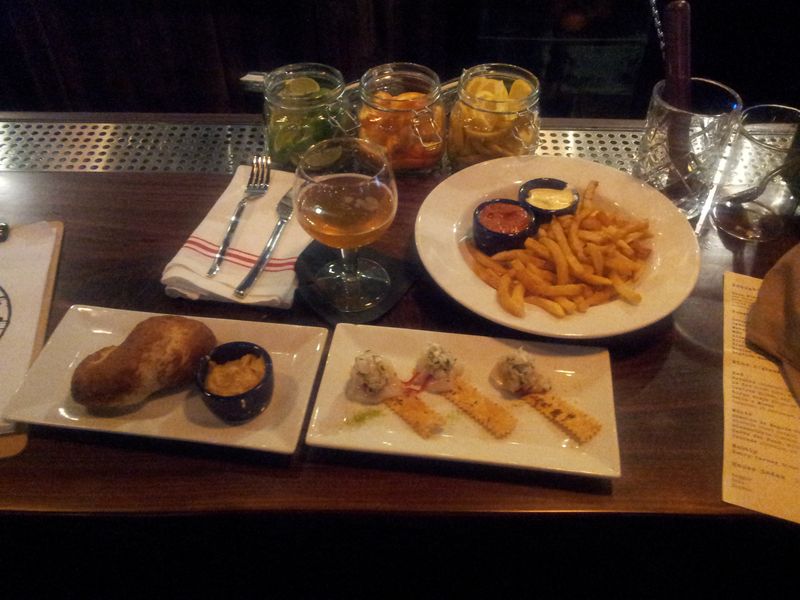 The harder you look at the interior the more impressive it gets.  All the wood surfaces from stool tops to tables to bar top came from a single black walnut tree that fell down in PA.  The bar and all the railings are faced with barrel staves from used barrels and the lights are all made from re bent and welded barrel hoops.  I highly recommend getting a cocktail and watching their bar staff melt an ice block into a giant ice ball in order to chill the drink with as little water melting into it as possible.  It's pretty intense. 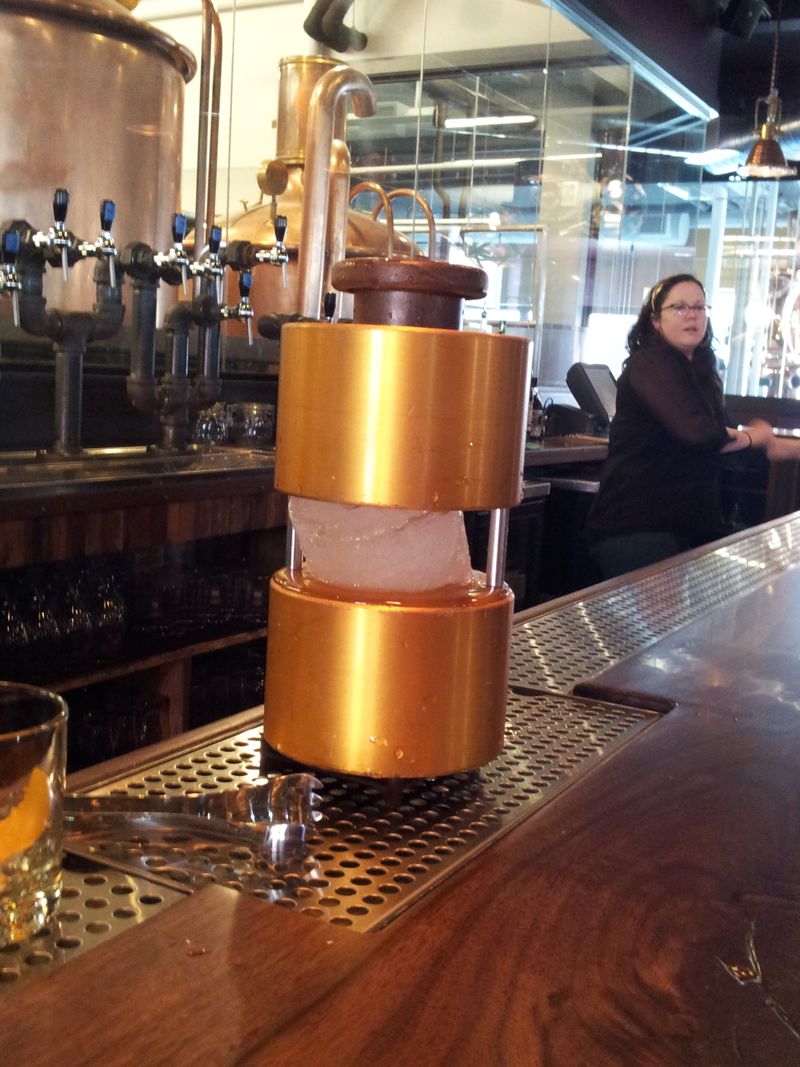 Infiniti raises the bar and you should check it out.  Check it out before this summer when the patio opens and it will get really crazy.  Plus they're open for lunch all afternoon so you have the opportunity to get in there while it's quite and appreciate the space.  My expiriences so far have been good, but it almost feels like a tech startup to me.  Julie, Eric, and crew have built themselves some big shoes and are now going to have to figure out how to fill them, but so far it's promising and I'm expecting impressive things.