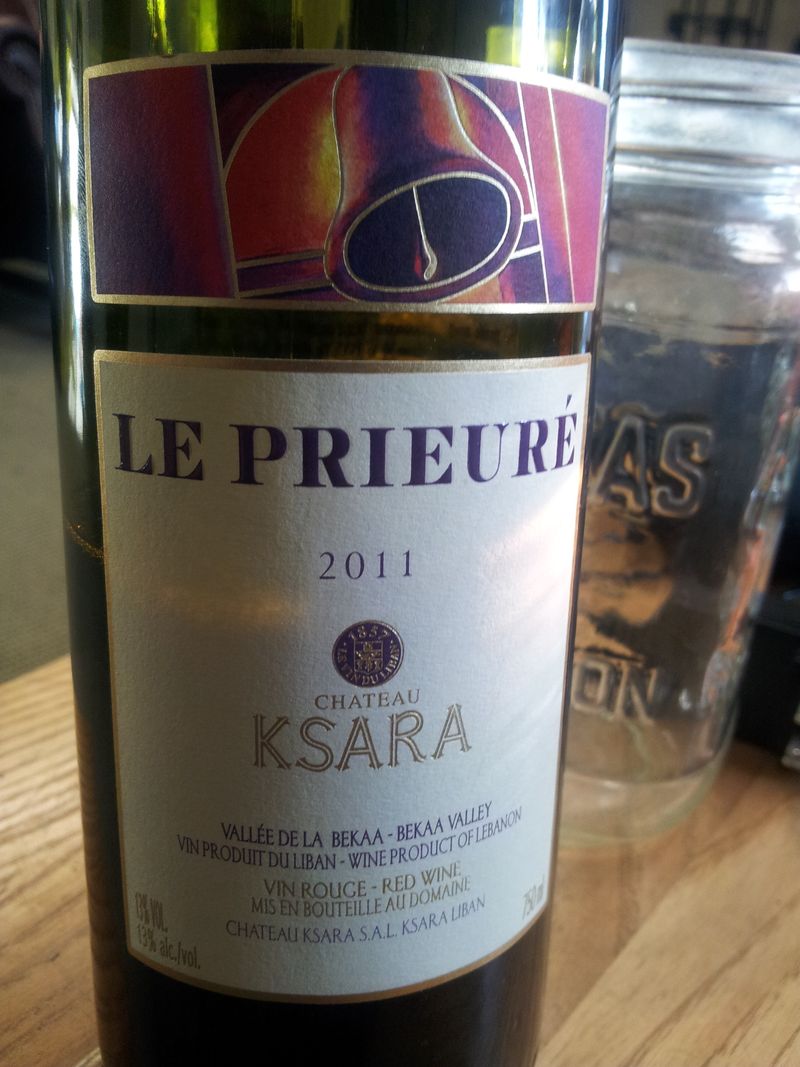 I'm tickled pink to have added another Lebanese winery to the Devenish portfolio!  Chateau Ksara is my new addition to Chateau St Thomas.  Ksara, according to their website, is the oldest continuously operating winery in Lebanon.  I say oldest continuously operating because Lebanon has been the site of wine making since....the dawn of history?  before recorded history?  A long time.  Most recently Lebanon was a French colony and the French did what they always do: they planted vines.  Ksara was originally started by Jesuit monks in 1857, but is now owned by a local family.

Ksara and Lebanese wine making in general happens in the Bekaa valley.  The Bekaa isn't far from the Mediterranean, but it's in the Lebanese mountains and is over 3,000' above sea level.  So the summers are hot and sunny and dry, but the winters are surprisingly cold, wet, and snowy.  That seasonal variation helps to make more serious wines than you'd expect considering the distance from the equator.

Aroma: Nice juicy aroma of plums, prunes, blueberries and just a touch of smoke.  The Prieure has a hearty robust and very inviting aroma.  It smells very much like a southern French red blend, just a little bit rustic and with a ripeness to the fruit that makes me imagine hot direct sun.

Palate: Rich and juicy and spicy too.  Definitely some cooked blueberries on the finish.  The Prieure is juicy and lush but also dense and mouth filling.  There's cranberry, cherry, all that jazz.  behind the forward fruit is a nice dry earthy quality on the mid palate followed by substantial enough tannins to draw the wine out.  And then there's this cool raspberry-ish flavor that lingers on after the finish.

Ksara's le Prieure is a delicious and accessible table wine that's similar to a Provencal wine but with something different that's hard for me to put my finger on.  It's a little "drier".  Any way, the Prieure rocks and is about $11 at Rosemont Munjoy Hill, Rosemont Commercial St, The Farm Stand in South Portland, State St Wine Cellar in Bangor, and the Blue Hill Wine Shop.

My husband knows there is nothing I love more than a glass of wine. I would love to take a wine tour and see how it's made. I wonder where I can go do something like that. Do you have any ideas or suggestions? http://www.fiddleheadcellars.com/tickets.html

Lynn, Maine isn't the top state in the country for winemaking, but there are some good little wineries around. Oyster River Wine Growers in Warren ME and Savage Oaks in Lincolnville are two of my favs.