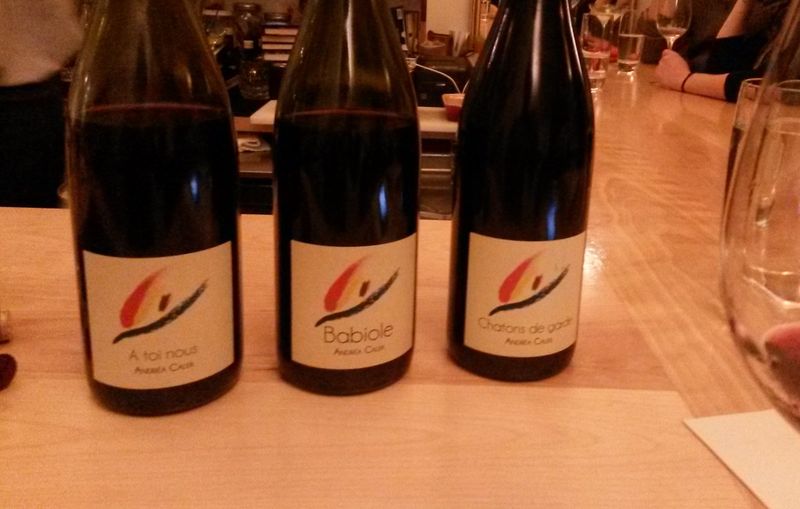 Vintage: I have it on good authority that this bottle is 2012, mostly.

Andrea Calek has gotten a fair amount of attention, and based on the three wines I just tasted from him he deserves it.  What I know of Andrea Calek is primarily hearsay, but it makes for a good story so I'm ok with it.  If you want to read more than my questionable stories click here: Andrea Calek

Calek first came to France when he deserted the Czechoslovak army in the 80's.  His mother reported him to the French authorities as a bum though so he was deported.  Eventually he made his way back to France and in the course of his wanderings he came onto the wines of Guy Breton, a legendary natural wine maker in Beaujolais.  The wines inspired him and he was sucked into making wine.  He began working with Gerard Oustric at Le Mazel in the Ardeche and eventually bought several hectares which he farms and lives in a small trailer.  Calek is an extremely natural wine maker using no sulfur or any intervention in the winery.  He blends and bottles based on feel and taste, releasing wines when he thinks they're ready, but never to a set plan. 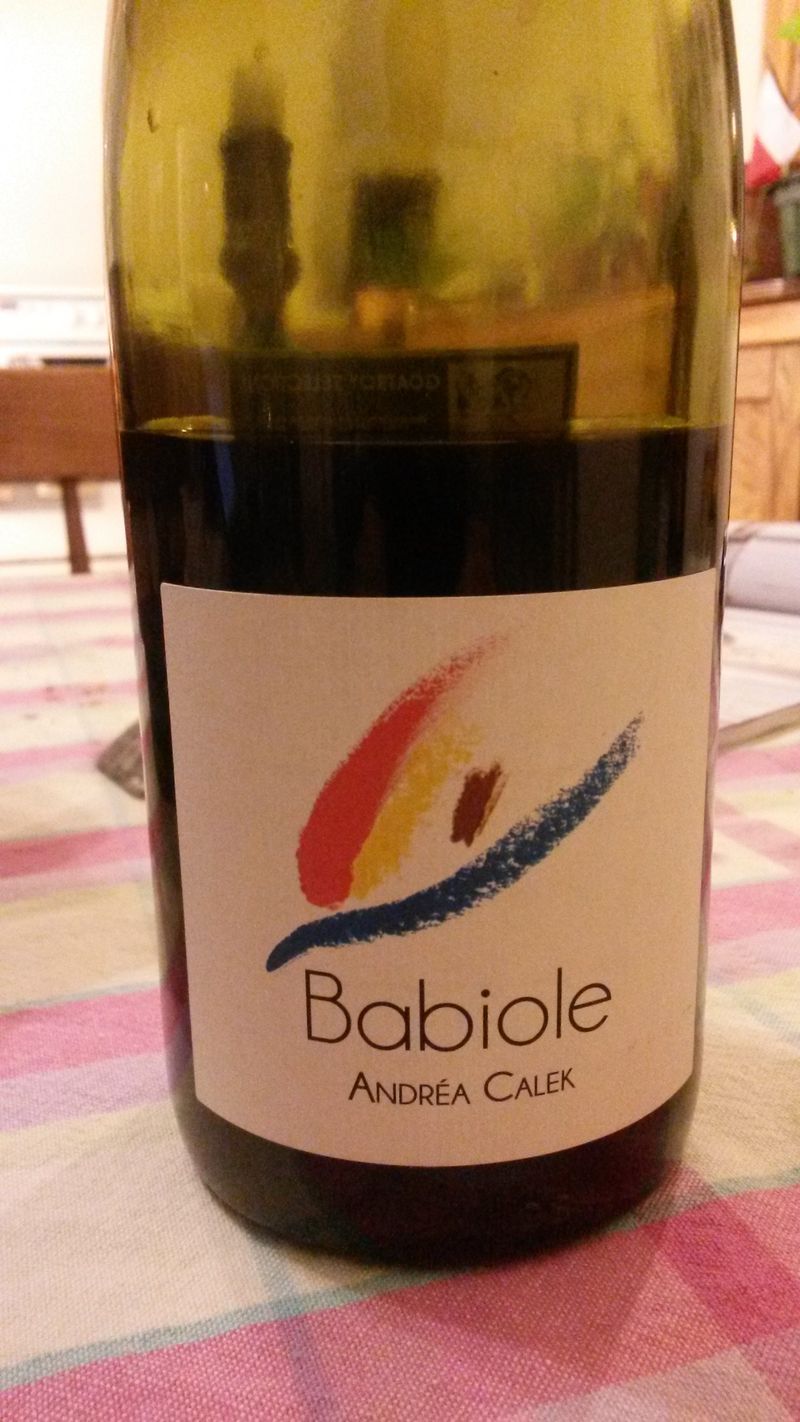 Aroma: There's a pretty cherry and raspberry fruit aroma to the Babiole, not super ripe nor light: just clear and present.  The Babiole's aroma is way more nuanced than just fruit though, I can also smell licorice and a floral aroma that's somewhere between roses and lilacs.  Woven through all the fruit and floral of the Babiole there's also a spicy woodsey kind of aroma that makes me think of a mature forest of maples and oaks somewhere in southern New England in the late summer or autumn.  Yeah, that sounds wine geekily specific, but coming from Downeast I know what spruce smells like and I know what pine smells like.  The Babiole does not smell like either of those kinds of forests.  It's an interesting, nuanced, layered aroma that's not as extroverted as many Rhones.  The aroma is very pretty, but also thought provoking. 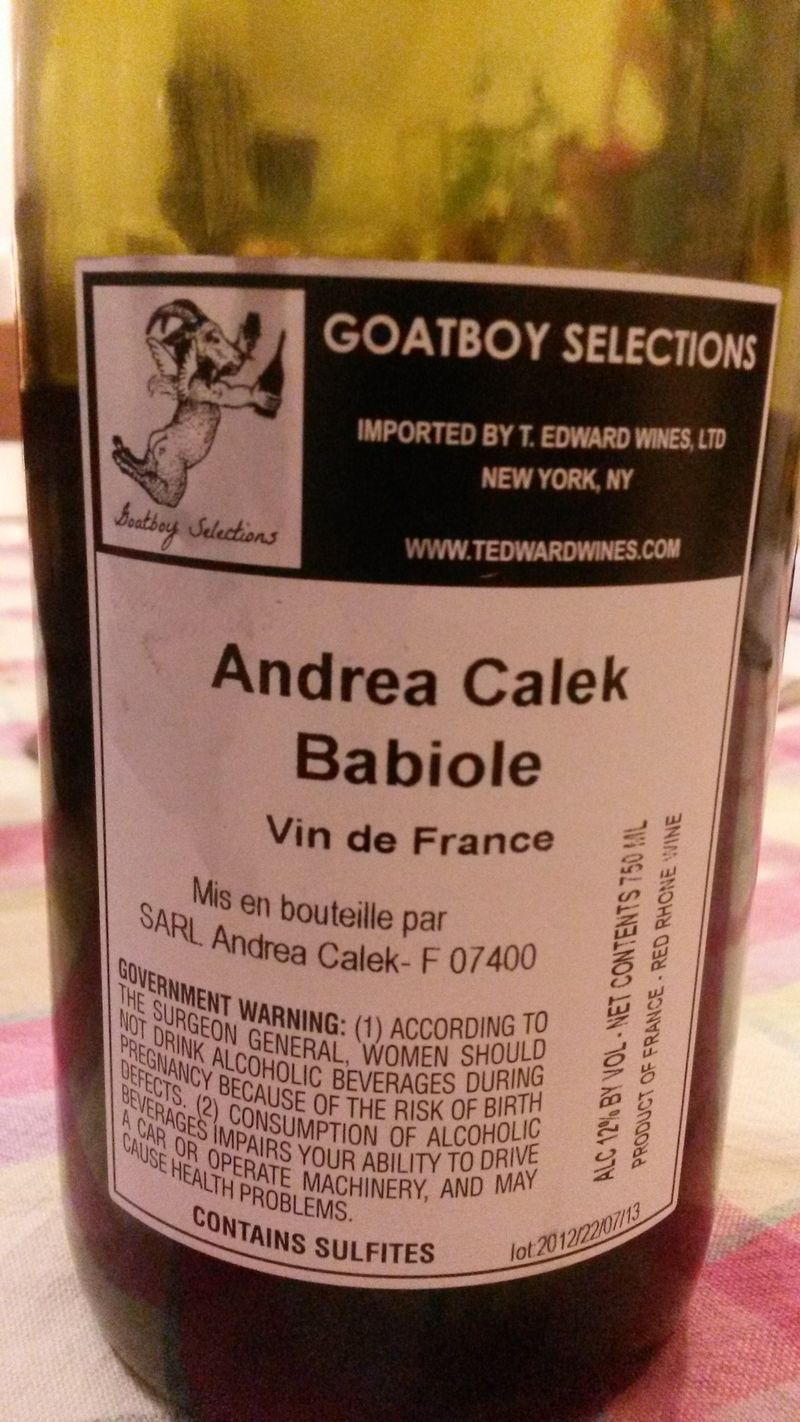 Taste: Well, when I first opened the Babiole it was very focused, cut, clear, and almost similar to some kind of northern red Burgundy in it's lively refreshing energeticness.

Now it is not that.  In the space of a bout an hour being open the wine has opened and has this soft raspberry fruit flavor that you taste as soon as you drink the wine and then just smoothly builds through the mid palate, crescendos, and then lingers on through the long finish where it kind of morphs into raspberry.  There is a clearness and a suppleness to the Babiole.  It tastes like that raspberry fruit is at a higher tone stretched over the rest of the wine's structural flavors.  There's a woodseyness on the mid palate that's a lower kind of level than the raspberry and then tannin, in balance with the wine's body, comes in on the finish.  There's a relaxed kind of lithe, light on it's feet feel to the Babiole.  It's opened up and changed from how it was at first, but it's still a very thirst quenching mouth full.

The Babiole is so new it's not available anywhere yet.  Look for it to start appearing about a week from now, particularly at Portland's new wine shop: Maine and Loire.  I speculate it will cost something like about $25