Straight from the Selections de la Vina website: "If Sally sells seashells by the sea shore, Xurxo Alba of Albamar makes albariño al alba del mar (next to the sea). If it were up to me, I’d stop right here. There’s really not much more to say. It’s what he was born to do. It’s what he knows best. He is the personification of albariño." 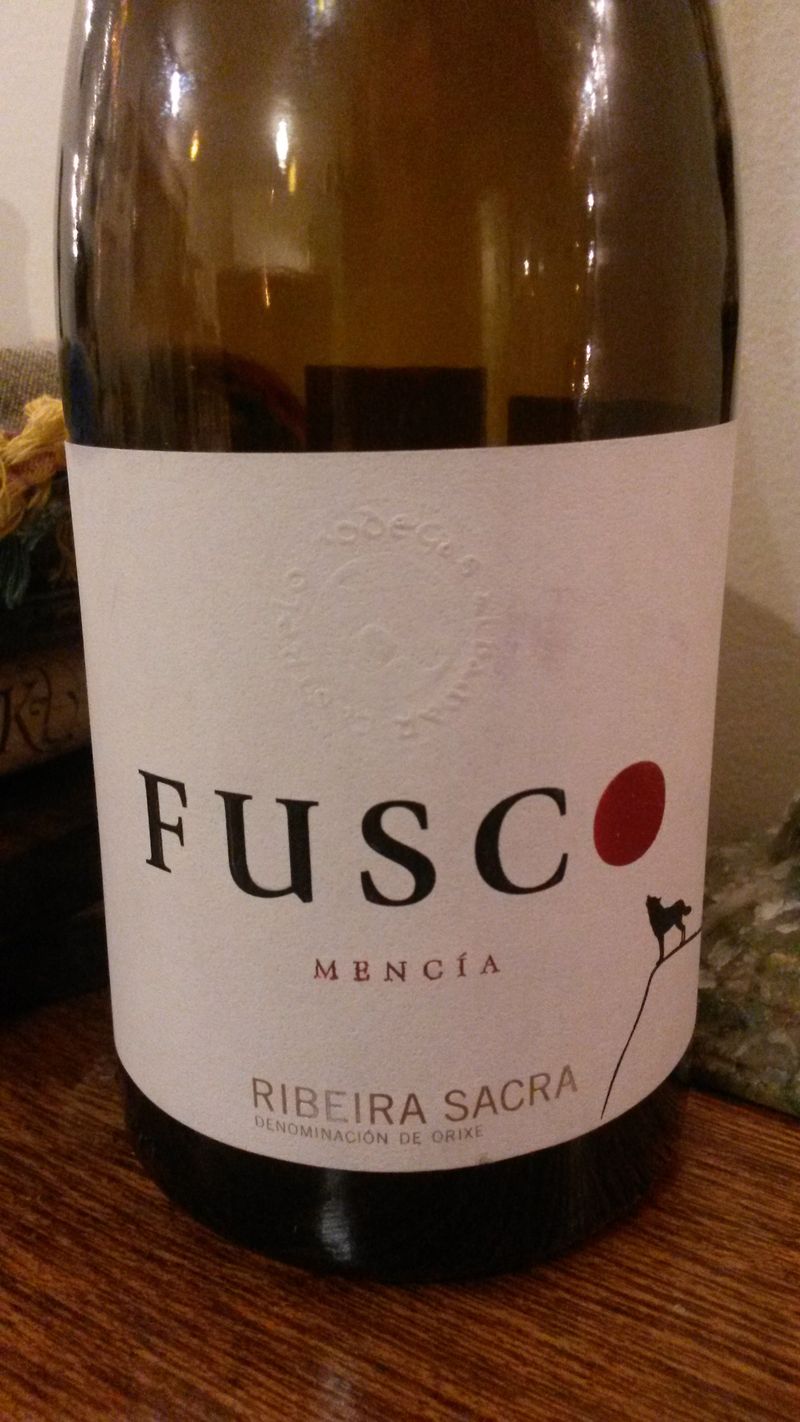 That's a lot of responsibility being the personification of Albarino.  I actually don't really know about his Albarino, but his Mencia is exceptional.  The grapes come from extremely steep slopes rich in decayed granite.  The grapes are naturally farmed, naturally fermented, and the Fusco is bottled with out filtration or fining, it's clear (pun intended) in the wine's opaqueness in the glass.  Ribeira Sacra is in the center of Galicia, a cooler and particularly rainy place so Mencia can come across as stemmy, unripe, green peppery.  Albamar's Fusco makes that hard to believe though, it's so deliciously supple and juicy!  The Fusco has rekindled my love for Ribeira Sacra and Mencia.

Aroma: wow, this is really....grapey.  Yes, yes, that's an obtuse descriptor for wine, but it's so juicy and vivid and full of fresh young dark fruit.  There's cranberry, black cherry, and some plum.  The Fusco's exuberant smelling.  Of all the Mencia I've had Fusco is most like a great ripe Loire Gamay that I've ever smelled.  The aroma is really mostly vibrant berry fruit, but there's also a smoky meatiness lurking in there underneath it all.

Palate: De-Licious!  There is this absolutely perfect salty minerality on the back of the mid palate that's the perfect counter point to the wine's vividly ripe young fruit.  The fruit is very much more ripe cherry on the palate.  Very smooth, very soft tannins, some smoke on the mid palate.  The Fusco has just the right touch of wildness but swathed in all that smooth suave fruit that it's non threatening.  This as crazy good and I'm now going to finish the bottle now.

If you've ever enjoyed lush Beaujolais or excellent Loire Cabernet Franc from Bourgueil or Chinon (not the stemmy unripe knock offs) this is something you've got to try. There is so much life in this bottle!  Ribeira Sacra's extreme slopes are hard to work and many of the wines are expensive; the Fusco is a great value at about $20 retail.  It's available at Rosemont Brighton Ave, Maine and Loire, and Aurora Provisions