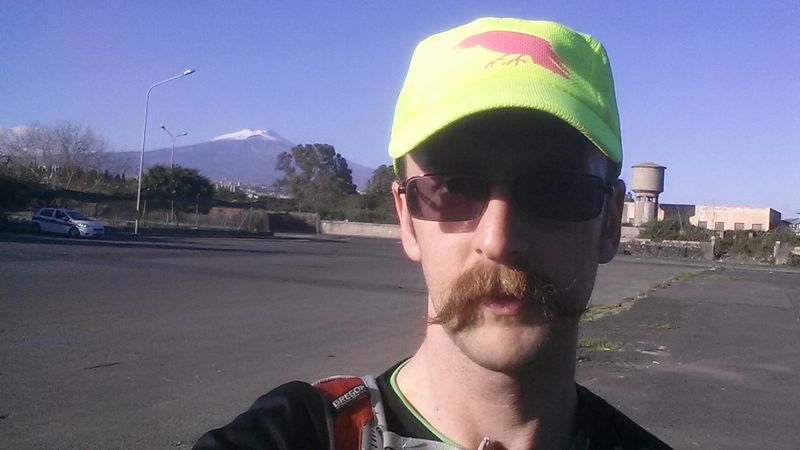 I got out of the airport and was so excited to see Etna right there against the skyline I thought "Wow, it really is just that simple!  I'll just start running towards that mountain and figure it all out once I get closer."  Right.  Thing is that there's no pedestrian exit from the airport. 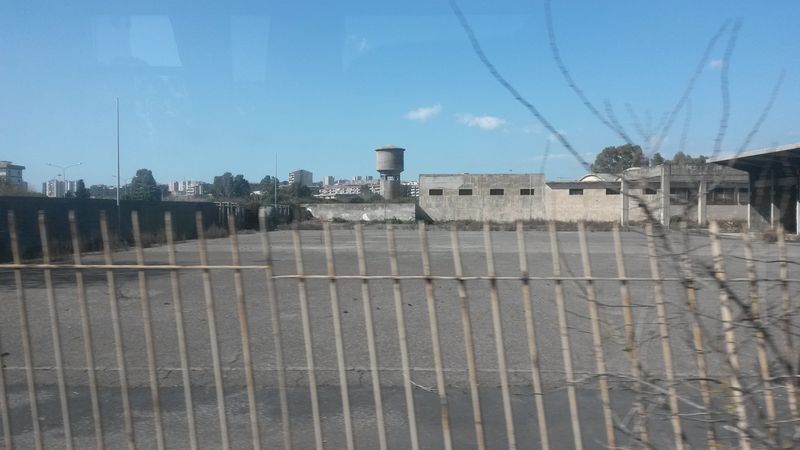 I ran one way and then another but it was all highways.  So I ended up running through some crazy giant abandoned industrial area, an ancient tunnel only wide enough for one car at a time, innumerable dead end streets that ended because of gullies and cliffs until I found myself somewhere west in a weird kind of industrial area.  I kept going but my GPS wasn't working and I couldn't figure out what roads to take.  Eventually, as it got dark, I went into a bar and halting explained what I was trying to do.  They called me a cab, I bought an espresso, and it was ok.  Or so I thought.  The cab driver and I started talking and explaining things and he decided to take me up Etna.  Sure, ok, he was nice and kind of crazy and into what I was doing, plus it was another chance to work on my Italian, but i kind of wanted a bed. After driving up Etna he brought me to the town of Nicolosi at the foot of the mountain where I was sure to find a hotel.  That was the plan but every B&B and hotel we went to was full!  The cab driver even took me to a camp site thinking maybe they'd have something but they were closed!   I could tell he was starting to worry that he wouldn't be able to get rid of me. Luckily the 7th place we tried had a vacancy.  It was a super kitschy old school hotel with a windowless dining room that served the worst wine and the worst iceberg lettuce salad I have ever had.  But I had a bed!  The other guests were amazed to see someone in shorts and had me pose for photos with them. That's actually happening everywhere I go all the time and I just don't even notice anymore. 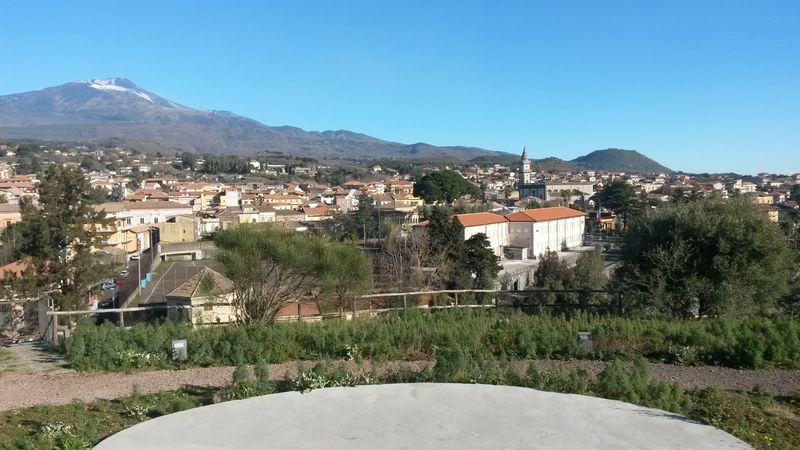 The next morning I repacked my bag, had an early breakfast, and hit the road.  It was beautiful on the side of Etna with pines and views back towards the ocean, but it took me forever to find my way out of Nicolosi and onto the right road.  Once I'd made it through the next town though it was just the same road all the way up and over the shoulder of the mountain so I just kept on grinding it out. 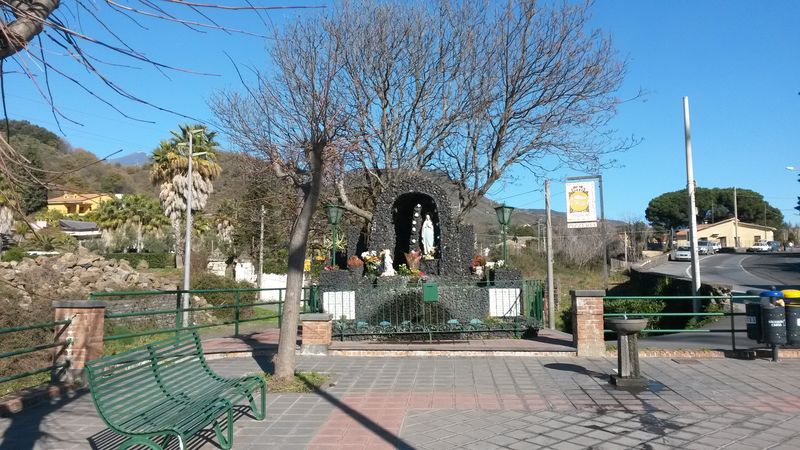 This was a shrine on the side of the road with a water fountain that I stopped to drink from. I picked some oranges of a tree hanging over the fence. 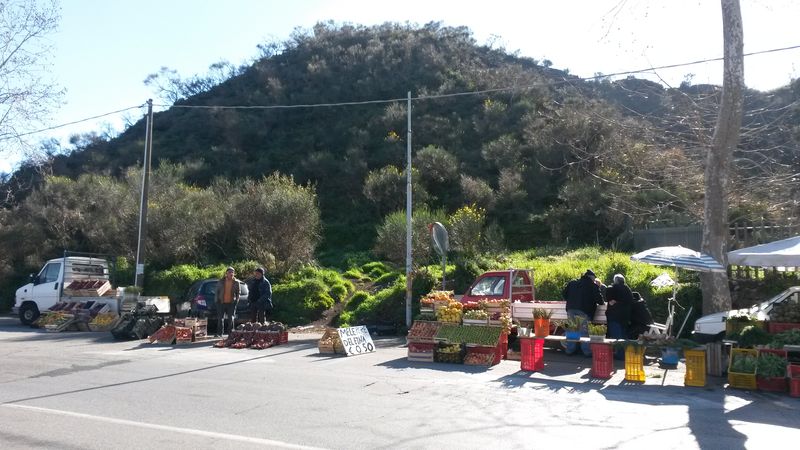 All along the sides of the road there were local farmers selling fruit and produce like this. 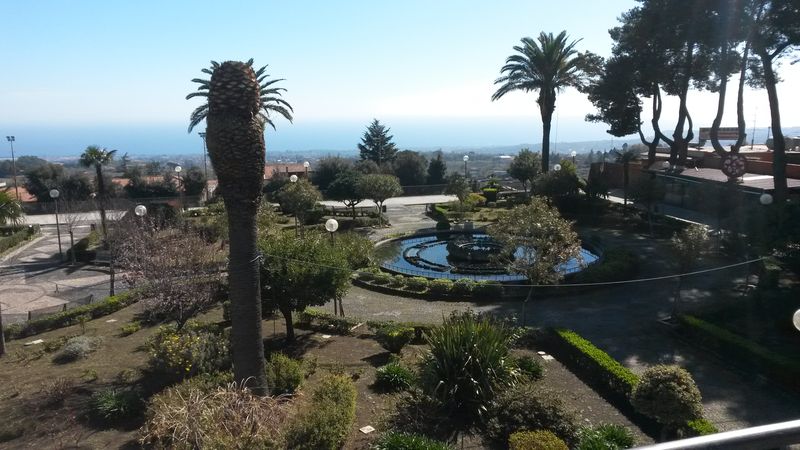 This was a view out over a garden and the Mediterranean from a town square along the road. 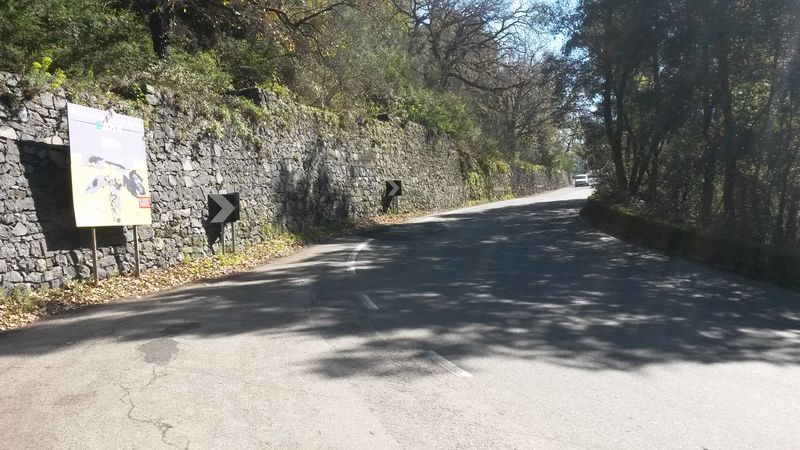 Once I got onto the i59 road this is what it looked like. It was all switch backs up and over the mountain. This was probably the best running of my whole trip! 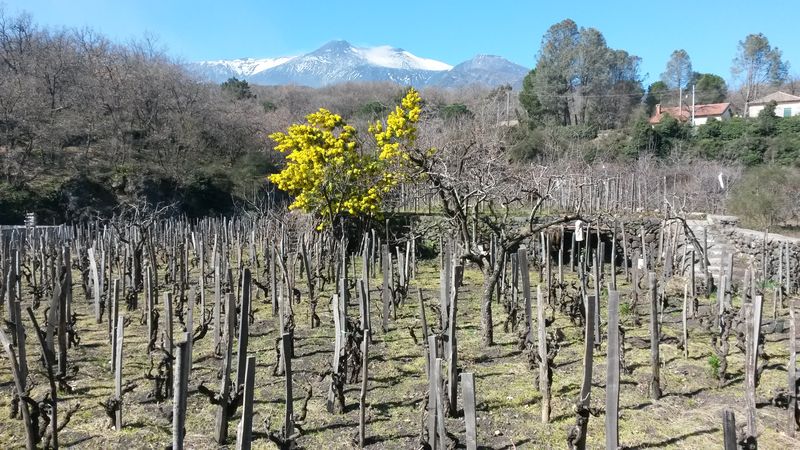 I ran past this tiny super old vineyard on the way up over the side of Etna. The vineyard is pretty much just the size of the shot of the photo and it's planted densely enough to make it easy to harvest by hand, but you can see it was planted before there were tractors. 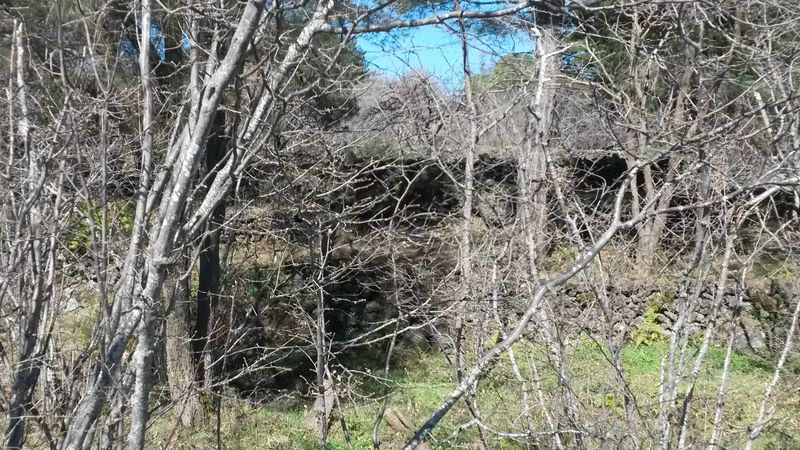 You can just see through the tree branches here that all the land is terraced. That's how pretty much all of Etna was. Many of hundreds of years ago people had built terraces all over the mountain to make it's slopes into land that could be cultivated. At this point most of them are abandoned, but it's all still there. 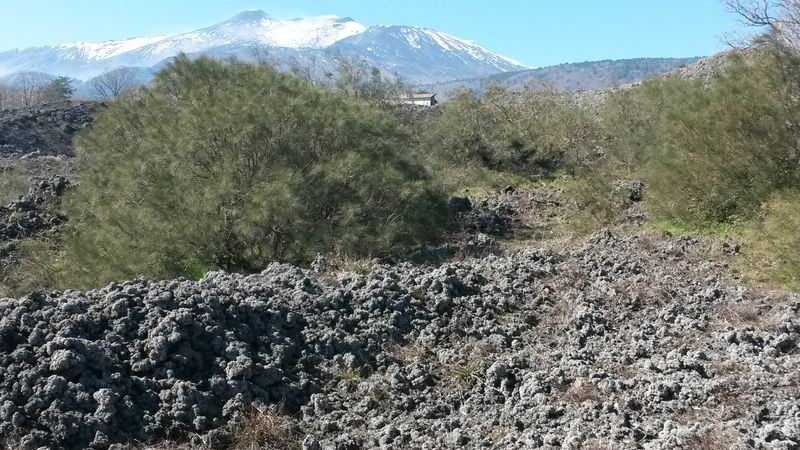 On the way from Lingualossa to Solicchiata I accidentally ran up the mountain. This is a picture of a giant pile of volcanic rocks dug from the soil. I think any time you try to dig on Etna you end up pulling pikes of these from the ground in order to make the earth at all manageable. 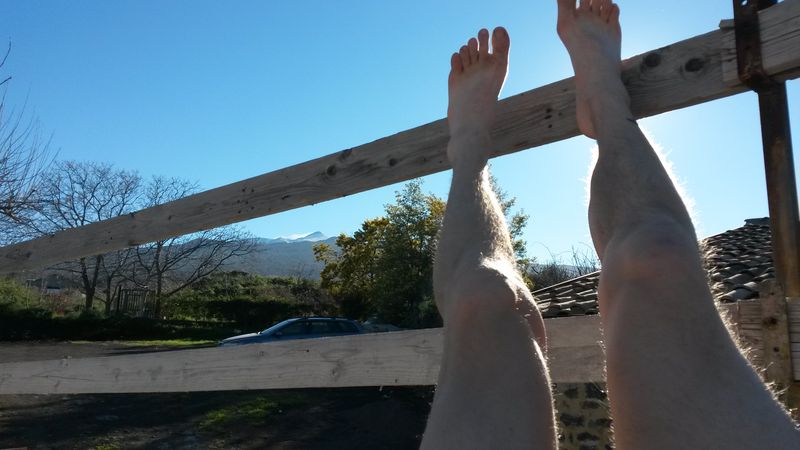 Finally putting my feet up in Solicchiata at the end of the day.

/   The land, the sun, the road, and the views of the Mediterranean were amazing!    There wasn't much traffic and I could literally pull oranges off trees as I ran by.  There were so many switch backs though and so much ascending and descending.  My watch stopped at some point but I think I covered about 33 miles total.  I finally made it to the town of Linguelossa, which I knew was next door to Solicchiata which was my destination.  I was so excited that I was almost there and it was only a bit past noon.  I headed out of town, took a left, and a mile later was in a moon scape just running straight up the mountain.  "What the hell is this?!" I thought.  I finally got my GPS working and realized that I was on the road for Solicchiata, but it was on the scenic road that detoured up the side of the damn mountain.  I was too far on to turn back though, so I just had to keep going.  It was so long and so steep and a lot of the land was just lava fields. Finally though I came down into Solicchiata and found the wine bar that Frank had set me up with a room at.