I don't know what the significance of this name is, but I'm going to maraud across Umbria running and driving a turbo Fiat in early October so I guess I'll just have to ask! 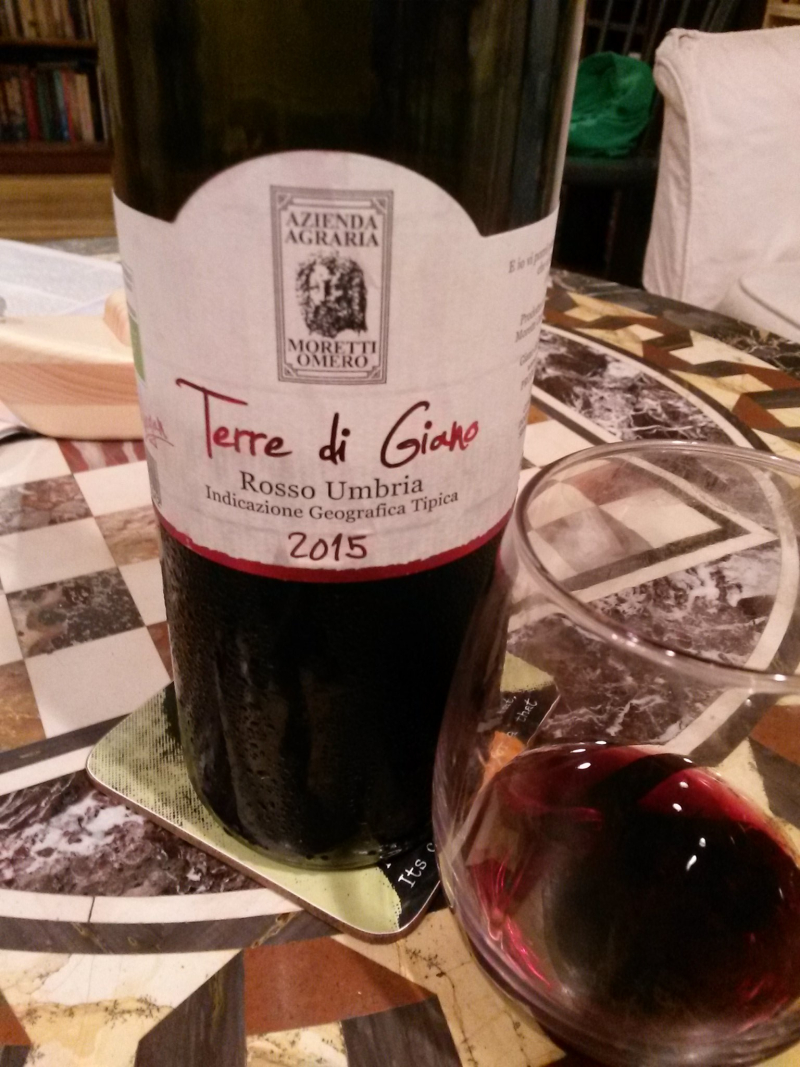 Moretti Omero is an organic family farm in Montefalco Umbria.  I think it was 3 years ago now, but they won best single varietal olive oil in Italy from the Italian olive oil producers guild.  That's about as serious as Italian Olive oil gets.  So yeah, they take farming pretty seriously here.  This is a blend of a local blending grape called Ciliegiolo, Sangiovese, Montepulciano, and most likely some merlot and or Sagrantino, but those other three grapes are the ones that it's really based on.

This is a farm wine in the best sense.  It's a wine that's delicious, satisfying, and thirst quenching, and part of why it's satisfying is because it's not so polished that it's character is lost.

Dark cherry and raspberry.  The Terre di Giamo smells like fresh berry fruit.  It smells fun and alive, not dried out or overly ripe. It's hard to pick up because of all those fruit aromas but there's also an undertone of earthy dark aromas int the Moretti.  It smells a bit like dark farm soil or maybe some pipe tobacco.

Pallate: This is just such a satisfyingly rich and rustic thirst quenching wine!  The tannins are soft-there just enough to keep the Terre di Giano on track- but not so much that they tke attention away from the core character of this juicy satisfying wine.  It lingers on the palate, it's not light, but it's also not rough.  The rustic character that this wine from Moretti has is more just that richness and flavor than anything really outright structural or textural in the wine.

This is an awesome hand made wine that tastes like where it came from for about $16!