Home Archives Profile Subscribe
Making wine with Danilo Marcucci
Why did I go to Umbria? Was it a vacation? Was it work?

Running an un-planned Marathon across Umbria with Danilo Marcucci 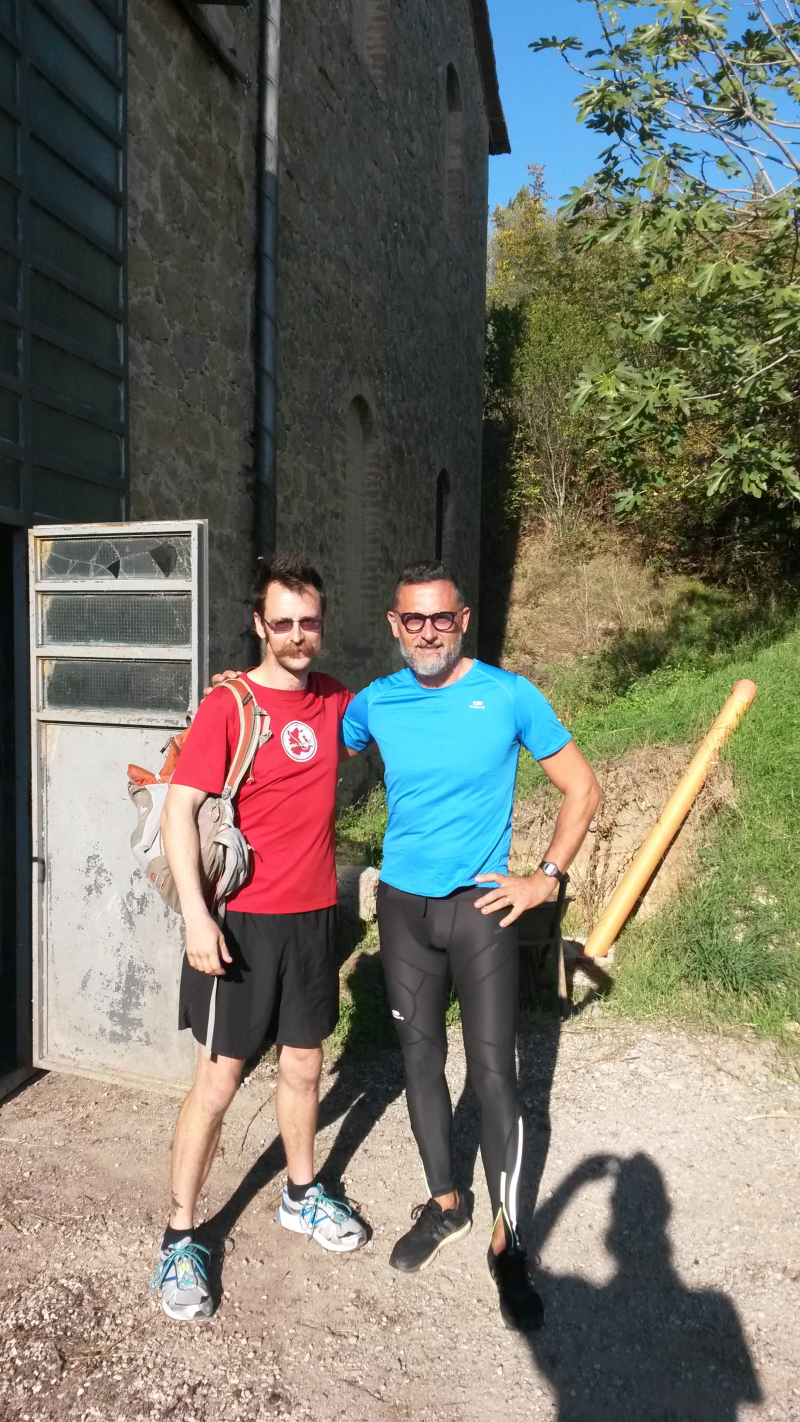 Back in March 2017 on a visit to Italy with Matt Mollo I decided to run the long way around Lake Trasimeno (50K) from Montemelino to the winery of Danilo Marcucci.  I got there and immediately jumped into a wine tasting and Danilo didn't even realize I'd run there until the next day.  He was so surprised that he decided that he had to go do long distance runs as well and said that when I came back he'd be ready.

So after a few days of helping him make wine at Conestabile Della Staffa he said that Wednesday was the day and we were going to run to Tiberi, a small family winery that he's helping make wine.  I should have realized I was in for an adventure when, just before departing on the run he said he needed to consult the GPS and his friend Marco to figure out how to get there.  The route Google suggested was just 16 K.  "No!" Danilo said "That's too short for us, we need somewhere further and more exciting!"  I told him that after my 7 hour run to Montefalco I didn't feel up for too long a run.

We set off at a comfortable pace of about 8 min per mile. 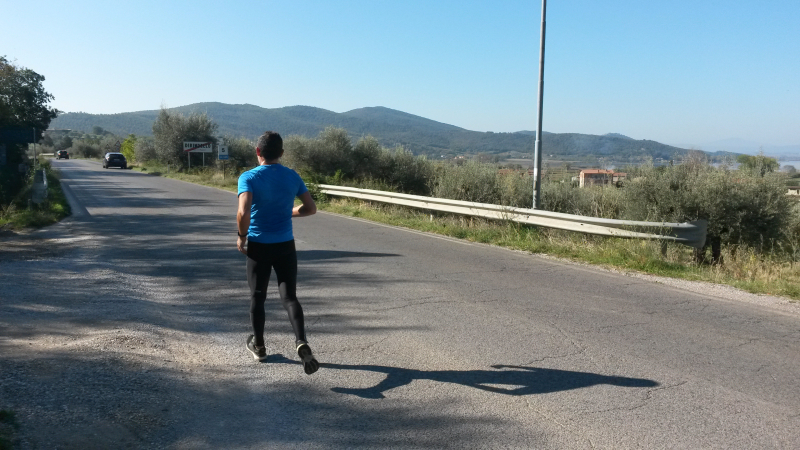 I think these are about an hour in as we were running along the 599 beside Lake Trasimeno. 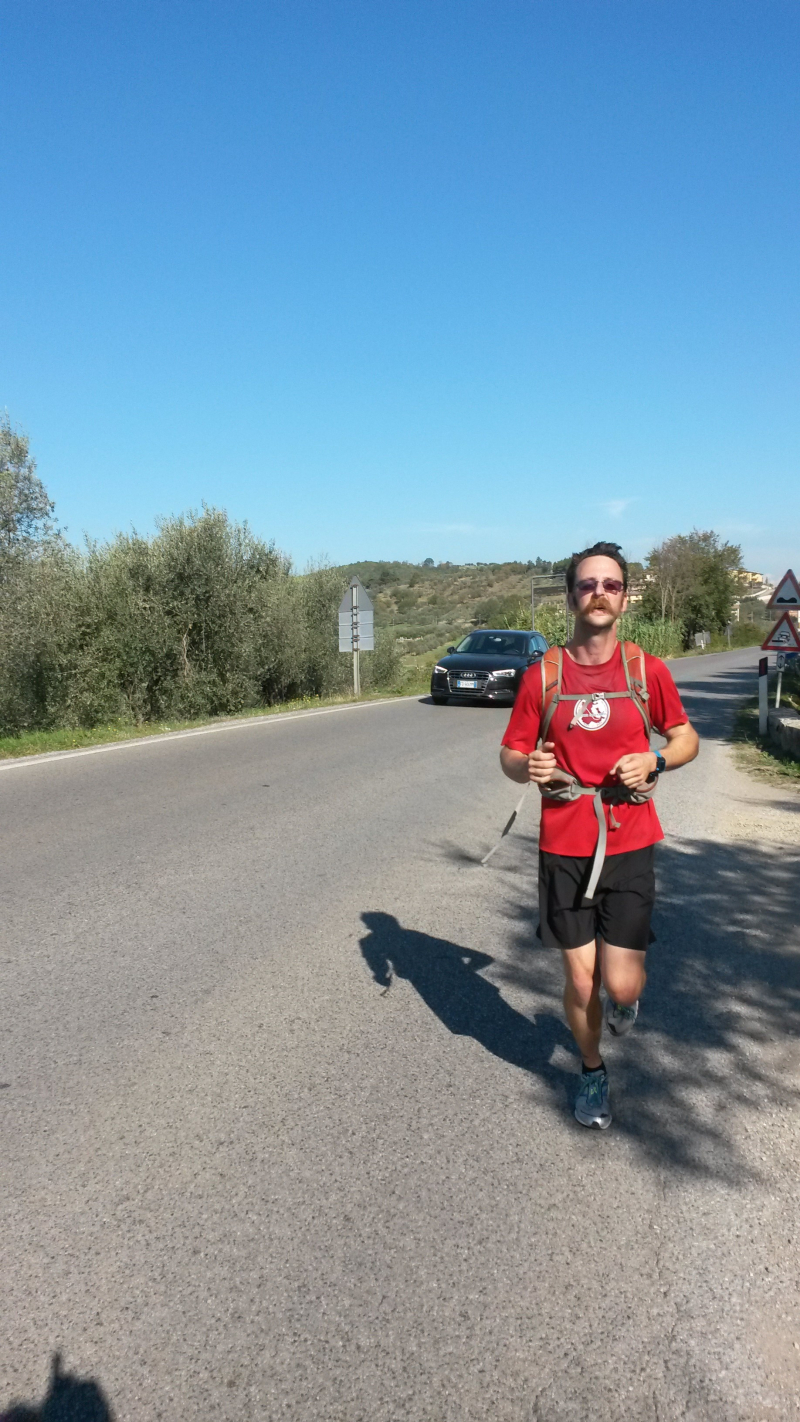 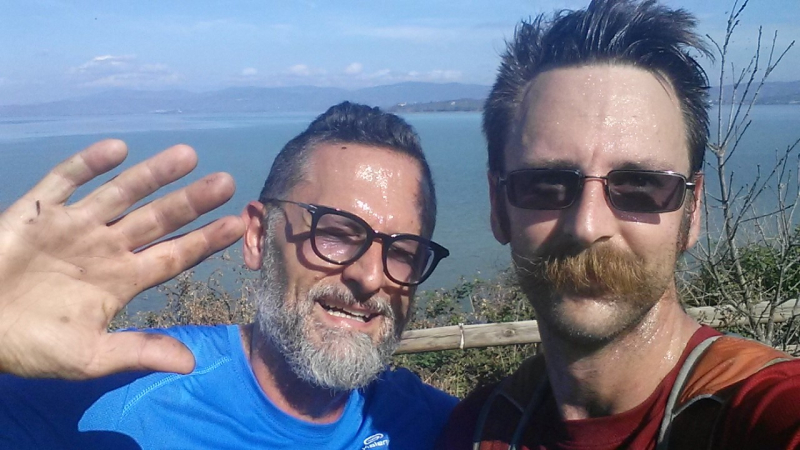 I know.  Danilo's eyes are closed.  But it's the best pic we got.

Here's a video I took right as we hit the half marathon mark at just about 2 hours in.  Notice Danilo says just one more hour to go.  That was decidedly optimistic. 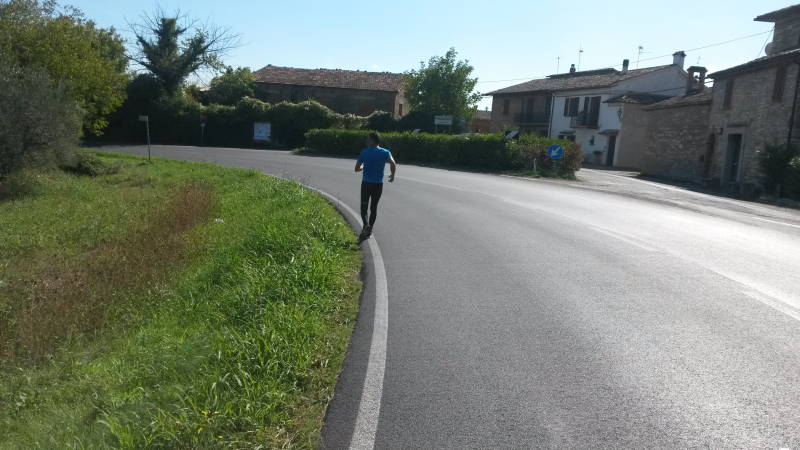 This was about when the dehydration was setting in and I could feel my body starting to shut down, heat up, and sweat less. 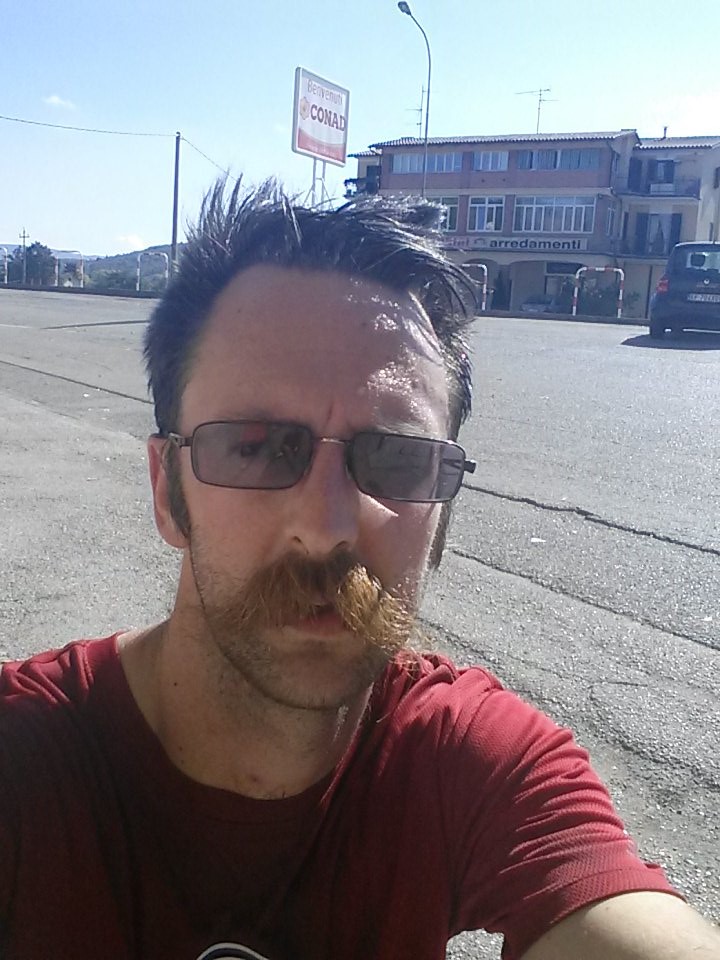 Here's what dehydration looks like.  Something a bit over 3 hours in.  We finally found a little convenience store and bought Gatorade, water, sodas, and more Gatorade.  I sat on the pavement outside and drank about a litre and a half of fluids and started to feel functional again.  I think we'd run about 20-21 miles at this point.

We finally made it to Tiberi!  They were out in the driveway waiting with bottles of fizzy wine and water as we ran up the hill to their house!  Danilo collapsed by the house but I choose the shade of this tree to collapse. 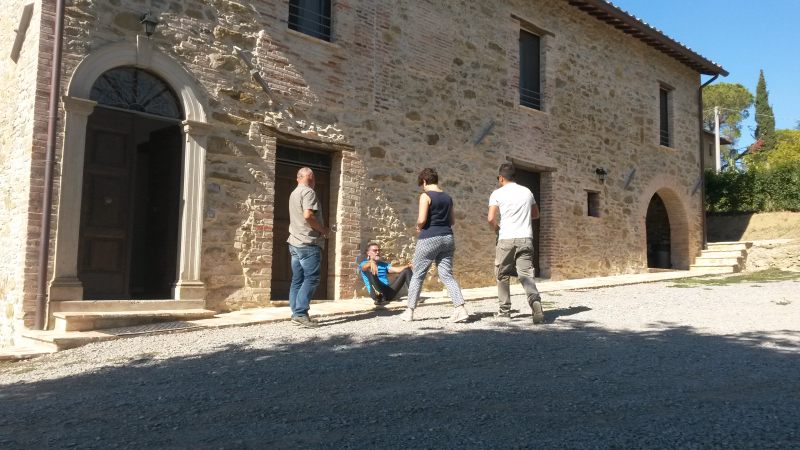 That 2016 Tribulato was pretty awesome! 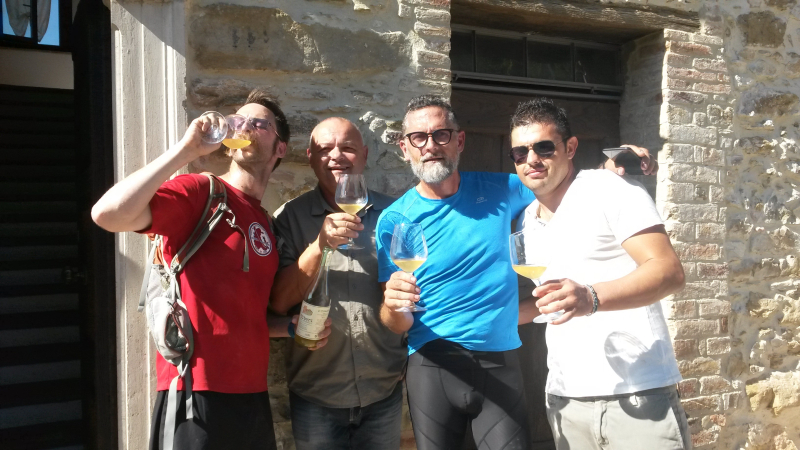 The second bottle of Tribulato

Tiberi is an awesome little farm winery in central Umbria.  2017 is the fourth vintage they've made and bottled themselves.  They have some really ancient vines on their little hill top and farm completely naturally.  The wines are made completely traditionally with no additives.  It took a while for the blood to leave my legs and lungs and really be able to taste wine and eat, but the 2016s we were tasting were great!  I particularly liked the l'Rosso: their more simple representative red blend.  Of all the wines I had in Umbria it smelled the most like the rich ripe landscape I was running through.

After an awesome lunch Federico gave us a ride back to Danilo's.  He was getting into their Audi A3 when I saw this Fiat Mini Truck and said "I'm going in the back of that!"  They didn't believe me at first but here's the proof.