Running across Umbria to Montefalco and Moretti Omero

Sunday I woke up at 7 after staying up too late and drinking too much wine with Danilo.  I was supposed to be in Montefalco that evening and I'd told everyone I was going so I strapped on my running back, said goodbye to the Abarth spider and hit the road.  Or hit the trail was more like it because Google sent me on some crazy dirt tracks through private property at the start. 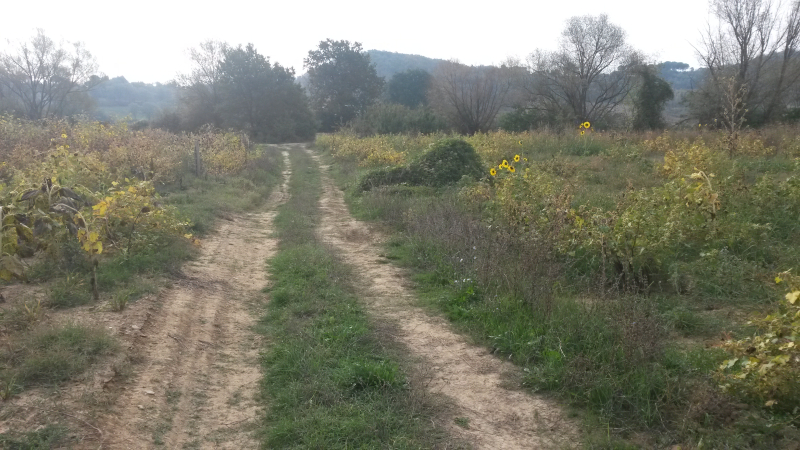 How did Google even know that was there!?

Anyway eventually I got onto more believable roads.  It was a lot of fun for the first couple of hours.  Umbria has beautiful rolling hills, cool little valleys, and beautiful old palazzos and monasteries. 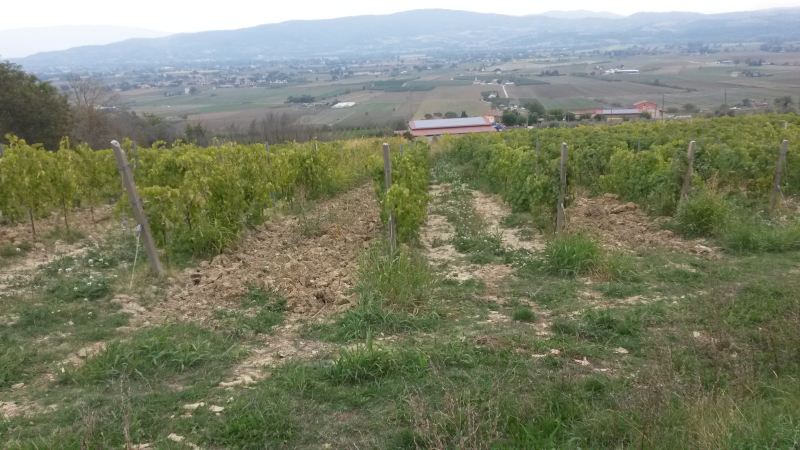 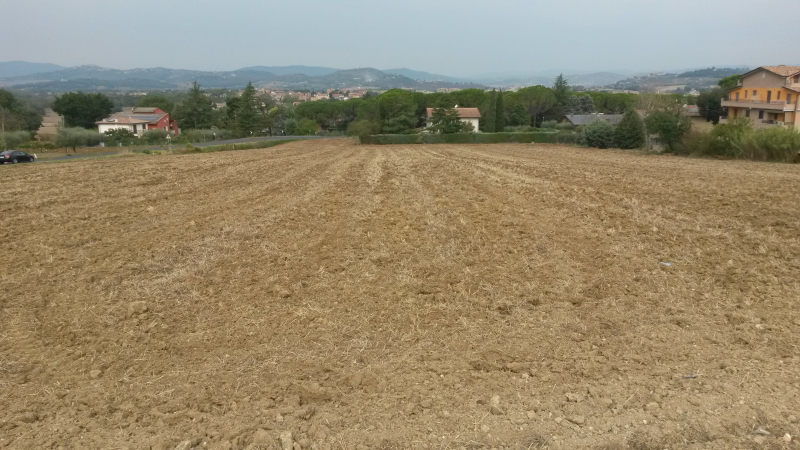 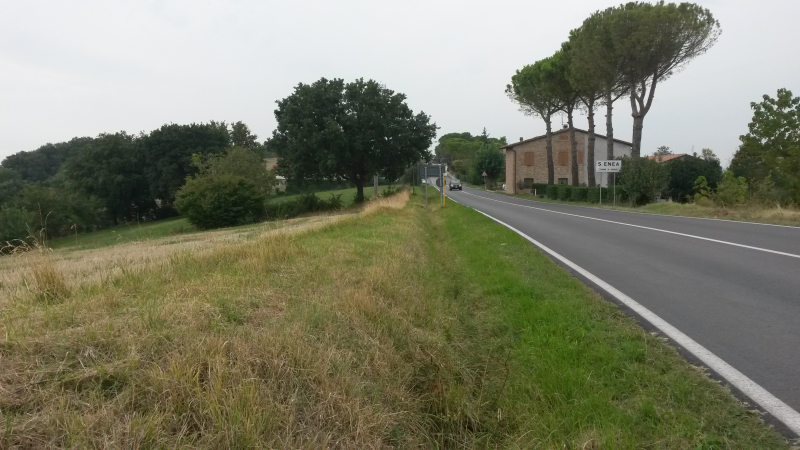 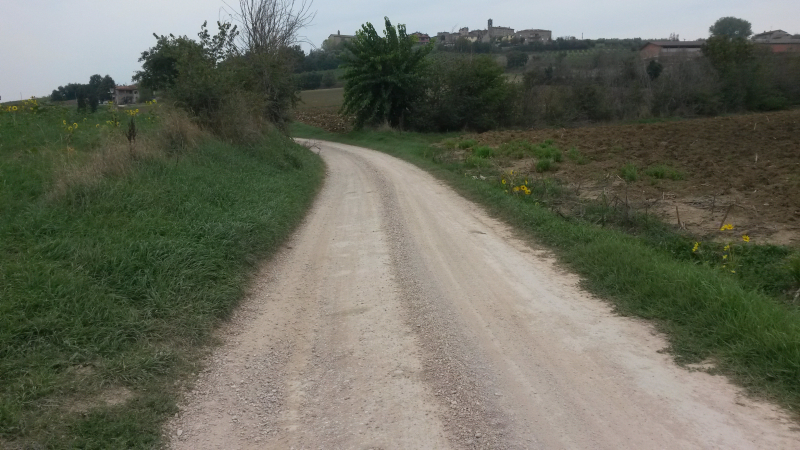 This gravel road was at least a mile long!  Somewhere around four hours into running I started to feel pretty sore and my knees hurt a lot.  Whatever, that's not important to wine.  So I kept running as best I could and then a classic car rally passed me! That was cool. 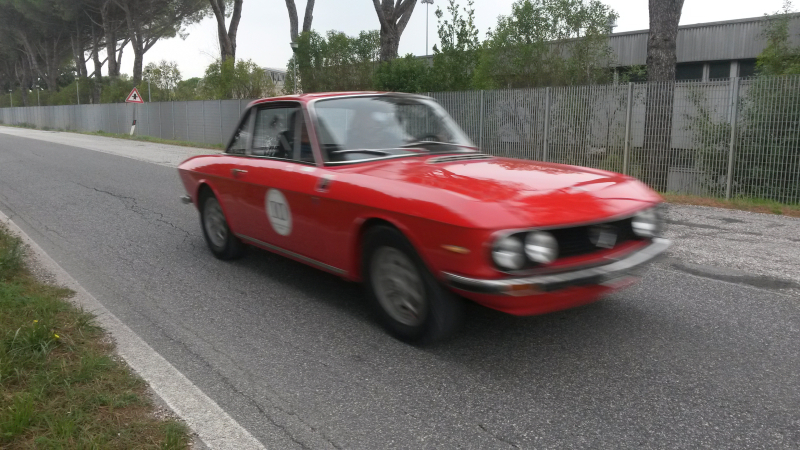 I was really happy to stop.  I hadn't run or trained at all.  The only running I did over the summer were three different races.  So I was very happy to get to Moretti Omero! 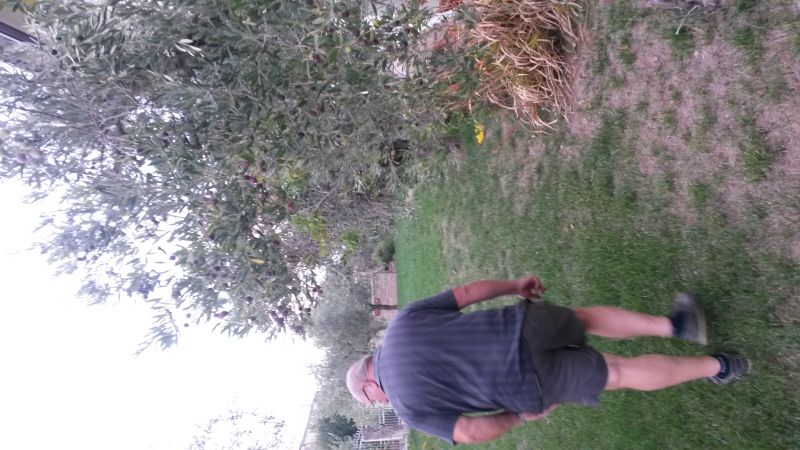 And here's Omero!  It's too late at night to edit this picture on my phone and deal with the monumental hassle type pad makes that do Omero is sideways. 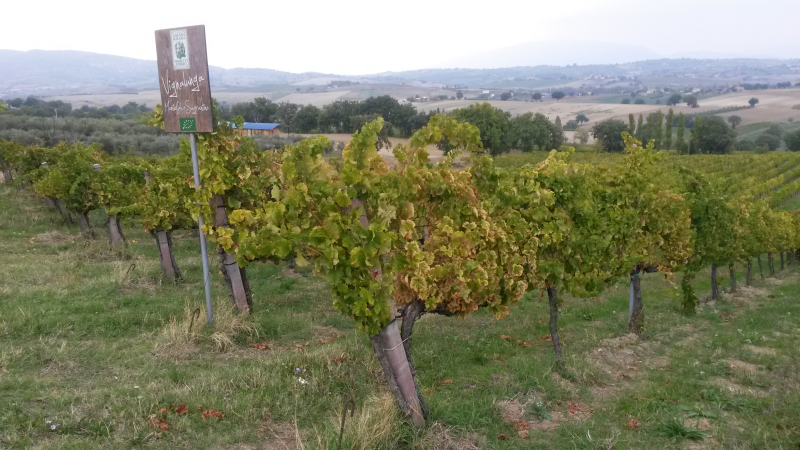 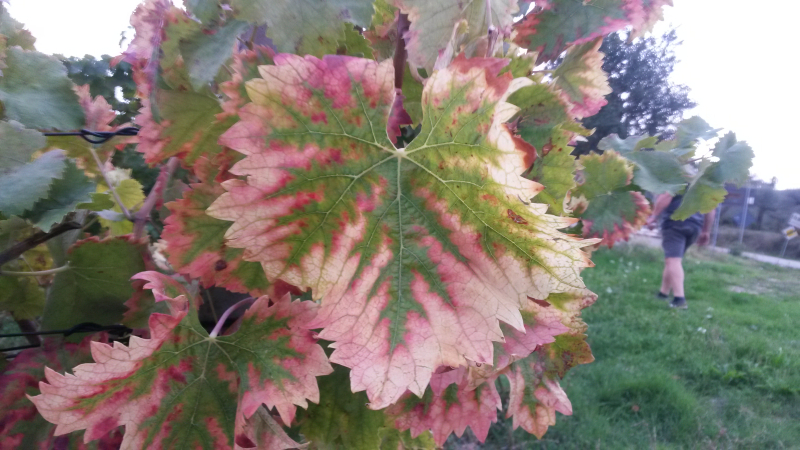 Here's a Sagrantino leaf beginning to change color.  It's early this year because it was so dry.  Not as fry as up in Montemelino, but in Giano they'd gone at least a month without rain.

Moretti Omero founded the winery in 1992 on his parents property.   They had ground grain and he started out farming pigs, but apparently the neighborhood complained too much to the authorities about the smell,  and anyway the property was too small to raise enough pigs to really be successful.  So in '92, just after the Montefalco DOC was created Omero decided to go into wine and olive oil.  He was certified organic that year and set about slowly establishing the Domaine by planting vines and trees and also buying old olive orchards.  Today they have about 30 ha split between olives and grapes.

Omero's daughter Giusy grew up in the vineyard does most of the sales.  However that night she had to host a cooking class about an hour away.  So it was just me and Omero out for a night on the town!  It was pretty awesome. Omero is a serious old school paesano farmer, always working, always looking to see how things work, and how he can learn to do what he does more efficiently.  He didn't speak any English, so I got to practice my Italian.  That's ok: sometimes jokes are even funnier in broken Italian!  We talked about cars, kids, life, business, etc.  He gave me an Italian wine dictionary to help me learn Italian. 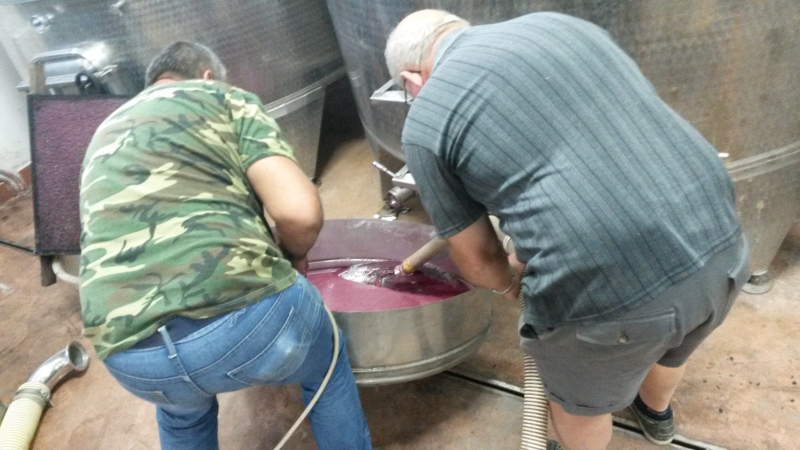 I got up the next morning, sore, and wandered downstairs into the cantina to find Omero already at work racking wine so that he could rake out the left over fermented grapes in the bottom of the tank (la feccia in Italiano), re-press them, and then ferment and make more wine from that rougher and more concentrated must. You never waste anything on a farm! I watched and tried to help.  Not too much. 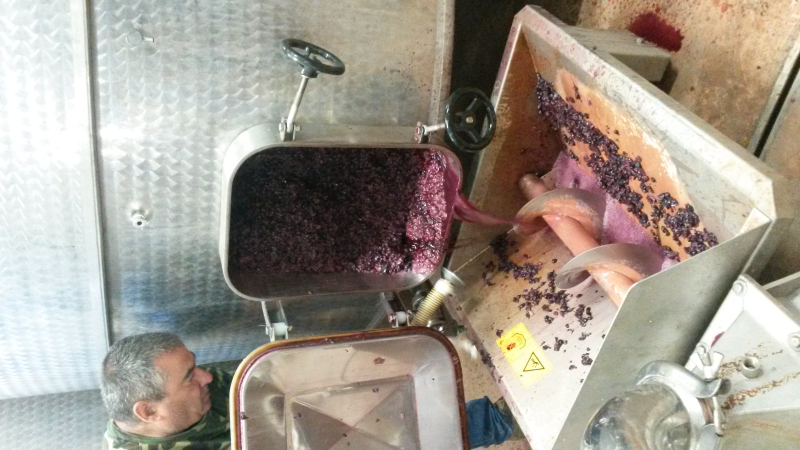 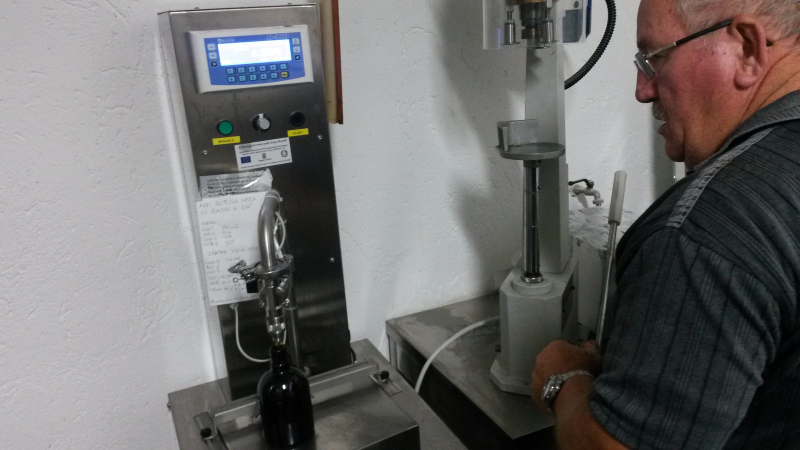 Once the transferring of feccia was under control we went upstairs and bottled olive oil for a while.  Eventually it was time to go.  Omero had to take a pallet to his distributor in Perugia so we hopped in his utility van and took care of that and then he ran me over to Danilo's. 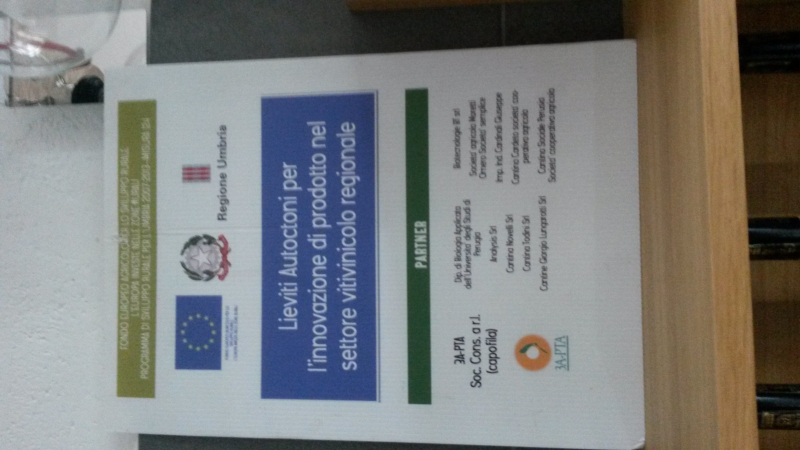 Check it out!  Here's an award he won for helping to study and improve the use of natural yeast! 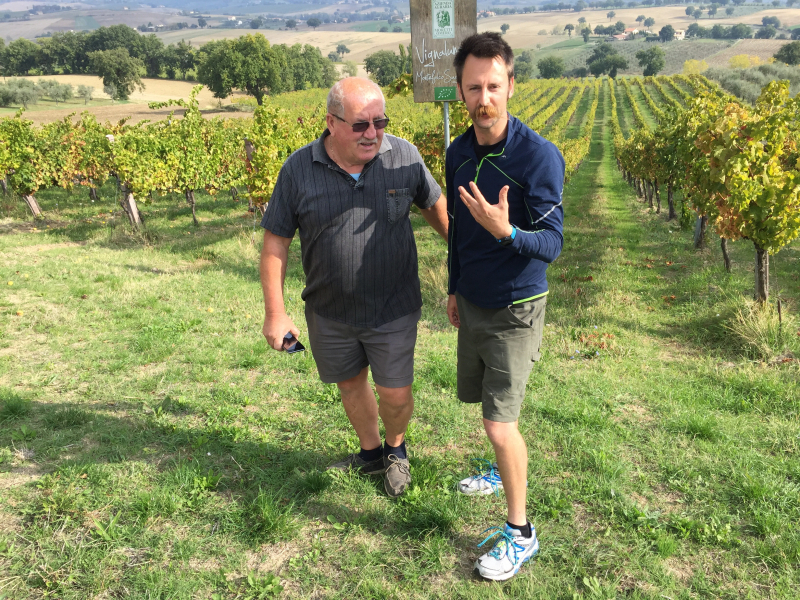 Omero is an example of an OG farmer working naturally because it actually just works better.  He's down to earth and cares about the bottom line but also he cares about leaving the world a better place and finding satisfaction in doing the best job he possibly can.  I really admired his work ethic.  Organic farming and natural yeast help him make better wine so that's how he does it.