I don't even remember how long it is that I've been working with the wines of Omero.  It's a been a while, but I first went and met them in the spring of 2017.  Unusually I buy sort of direct from the winery which makes the relationship a bit more direct but also makes inventory more difficult.

Omero started out farming pigs but soon decided it wasn't for him (the neighbors complained to the authorities about the smell and he felt it wasn't worth the hassle).   Serendipitously just as he was having second thoughts about raising pigs the Montefalco Rosso DOC was created in the early 90s.  So Omero sold off his pigs, bought some vineyard and some empty land, and started learning to make wine.  He obviously attacked wine making in a serious methodical way because I can taste his curiosity and thorough hard work in all his wines: from the table wine up through his crazy passito Sagrantino dessert wine that is a labor of love made from dried grapes.  His winery, while not flashy, is an impressive use of space and very serious.  There are tanks in front of tanks, two stories to make it easy to process the fruit and move wine with less pumping, and he seems to always be experimenting with tweaking his technique or making new wines. 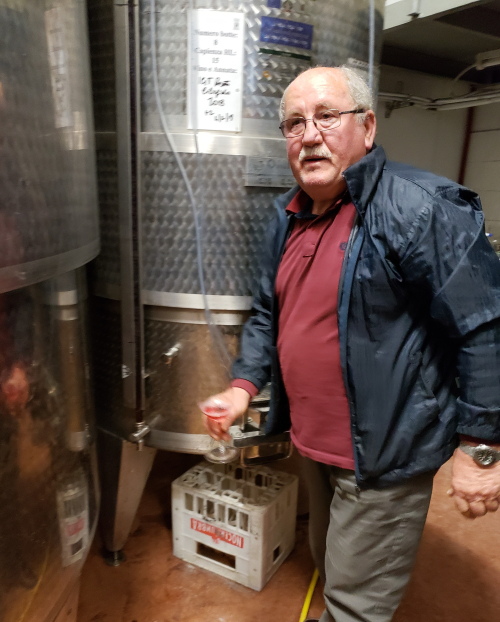 Here he is with his experimental first year Ciliegolo Rosato 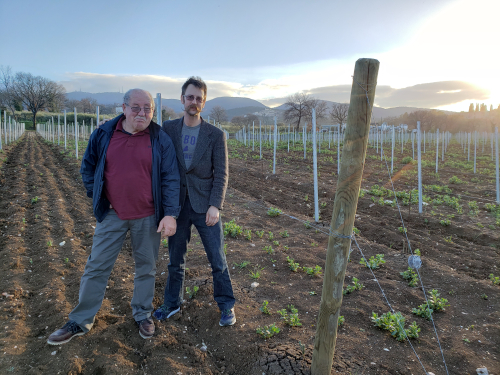 This new vineyard was the high point of visiting, well aside from getting to see him and his daughter Giusy.  They've planted a new vineyard of Trebbiano Spoletino and Ciliegiolo.  Two important traditional local grapes that are sort of unknown outside central Italy.  It's up on top of a ridge and is open and windy so it should get good sun but stay relatively dry and not be too terribly hot.  It's a great demonstration of who he is that even though Omero isn't a spring chicken anymore he's still pushing forward and continuing to build. 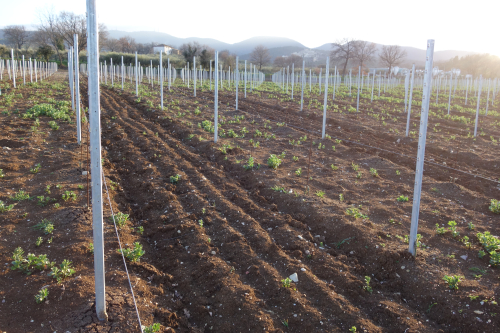 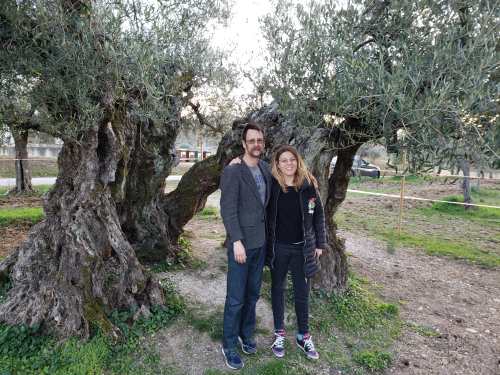 Giusy and I in front of a famously ancient olive tree on their property.  they're famous for their olive oil which I do also import.