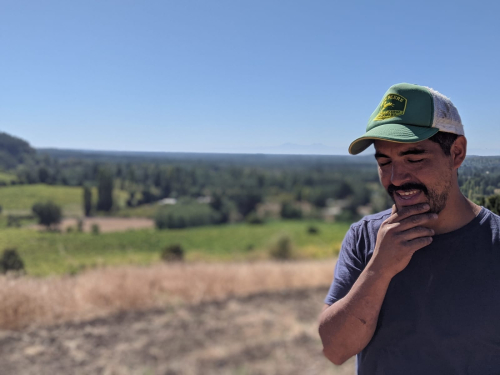 Mauricio was born a couple hours north of Bio Bio up in the town of Talca in Chile's central valley.  He worked at a couple wineries up in northern Chile, then over in Mendoza AR, before starting his own project down here in Bio Bio.  He said (in the video you can watch below) that he moved down here because it was a nicer place to live, to make wine on his own terms, and for he and his family's quality of life.  He said that up north in the industrial vineyards he had worked in his kids couldn't play in the vineyards because of the pesticides and all the tractors driving around.  Down in Yumbel he rarely has to even use basic copper treatments ever in a year because Pais is so vigorous and loves the environment so much!  And his kids can just play anywhere!   I am quite glad he did because his wines are fantastic.

We found Mauricio at his tiny wine barn on the edge of a hill in Yumbel.  It's an awesome location because a short walk up it you come to the top of the ridge and can look down on his 2.5 hectares of vineyards, look out at the Andes, and see north into the coastal mountain range.  The coastal range ends right there at that ridge top and the resulting gap lets cool air from the pacific in to Bio Bio and Itata.

Mauricio makes 1700 cases of wine a year spread over a handful of wines: two Pais's from different vineyard locations, a white aged on skins in the tinaja, a Malbec from a few old vines, and a Carignan.  The two Pais's are the majority of what he makes.  Both are great and it's super interesting that they come from vineyards that border each other, but have very different characters and ripen about 2 weeks apart.  Quinta de Unihue is higher up the hill and ripens earlier.  The vineyard he uses for his Pipeno is a bit further down, is planted in fine black volcanic sand, and ripens a couple weeks later. 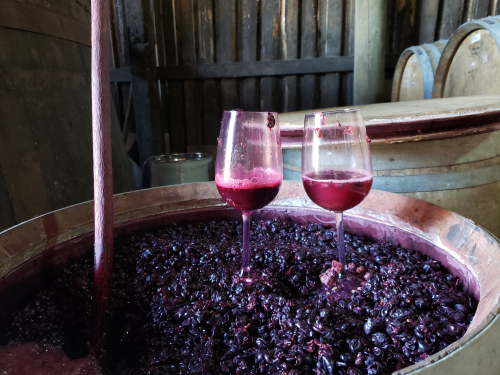 Mauricio's little barn (and I'm calling it a barn but it might more honestly be a large shed) has light coming through all the walls and a dirt floor.  He has a couple of large old Rauli (giant barrels made form a unique Chilean tree), some old re-used French oak barrels, a couple stainless steel tanks, and a group of tinaja.  Tinaja are ancient clay amphora that were traditionally used for aging wine.   No one seems to make them anymore and Mauricio's are over 100 years old.  Sometimes he'll go driving around and look for people that have one sitting out in their yard (they're popular landscaping decorations for wealthy people now).  He knocks on doors and tries to convince them to sell their tinaja on the spot.  So far he's only ever gotten 1, but he's still looking.  If you know anyone with an antique Chilean tinaja that they don't want please reach out to him. 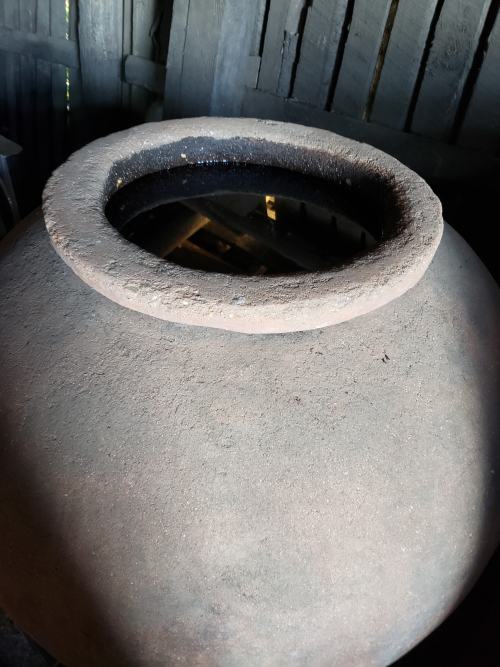 It seemed like all of his reds go through primary fermentation in the large Rauli tanks.  He usually harvests several hundred kilos of grapes from any given vineyard about 10 days before the real harvest.  He puts those grapes into an old French oak cask and lets them start fermenting.  Then when he does the full harvest he dumps that smaller barrel in to act as a starter of sorts.  It's a technique that's used all over the world.  He's a knowledgeable wine maker and called it by it's French name: Pied de Cuve.  All the wines we tasted were zero sulfur added at all.  But Mauricio wasn't dogmatic about it and said that he would add sulfur at bottling on a wine by wine case if he had to.  Having a low PH (more acidity) helps stabilize a wine; in the current harvest the grapes had rather high PH so he suspected he might have to add a touch of sulfur when it came time to bottle.  That's the kind of thoughtful evidence based approach I appreciate.

Mauricio also makes a distilled spirit from the left over skins after the press.  It's technically a Pisco (the local name for this grappa style spirit) but it's not like any store bought Pisco I've had.  He distills it 3 times and it was about 80% alcohol.  I tried rubbing some on the back of my hand to smell it, like I was taught to do with grappa, and it just smelled like straight alcohol.  It was quite impressive to drink!

Mauricio also (I've said that before, can you tell he's a busy guy?) trains Arabian horses for endurance races.  And he races them himself.  It's something that apparently runs in his family and he picked it up from his father.  He had 3 of the most beautiful horses I've ever seen in a pen out behind his house.  If I remember correctly the races are 120 K and happen over 6 hours in stages.  He trains the horses pretty much every day with some breaks from that during harvest when he's too busy.

Mauricio is a relaxed thoughtful guy who's always moving and working on something.  He's not frantic or too intense, but underneath he has a huge determination.  His wines were a great honest expression of the sun and richness of his land.  They're ripe and juicy but vivid and full of life like the best natural zero sulfur wines are when everything works out ! 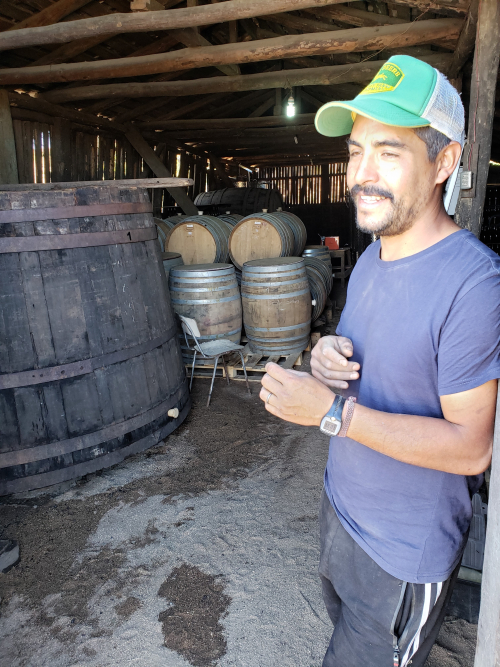 Mauricio standing in front of his tiny winery.