After lunch with Mauricio Gonzalez Matt and I went over to visit Manuel Moraga with our new friend Patrick as a guide.  We made the short drive to Cacique Maravilla and Manuel was in the driveway to meet us.  People had told me he also had a very memorable mustache, so I had no problem picking him out.  Manuel looks like an exceptionally solid guy.  He just always seemed to have a wide and confident stance, like he was always expecting someone to try to push him over.  Maybe he was, he had a very affectionate 100+ pound pitbull with a head larger than mine who was always running into one of us! 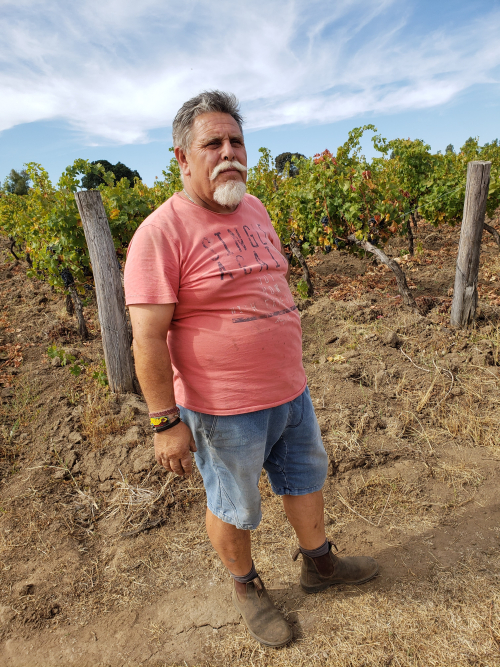 I don't think Manuel actually knew who we were, without really waiting for introductions he just launched into a tour of his winery, talking about his tanks, how everything is gravity feed, he has a huge old rauli wood tank, there's a piece of the previous winery's wall left like a shrine at one end of the building, and the roof is made of local wood.

The winery had clearly been built in several stages, with additions added as production had ramped up.  We walked out the back door and saw another concrete slab where a new store room and office were being added. 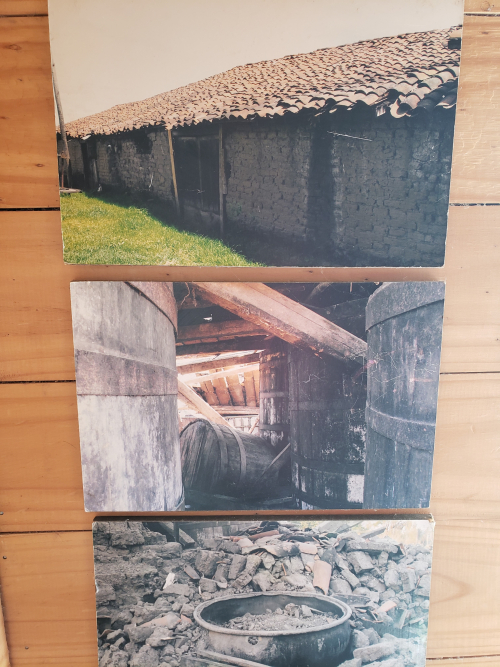 I didn't realize until later that the winery had been totally destroyed in the earth quake of 2010.   The disaster had apparently broken his father and Manuel had had the winery (totally demolished) dumped in his lap.   The past 10 years have been a non stop journey of learning and rebuilding at the same time.  Manuel rebuilt the winery in stages so that he could grow his work space as he grew his volume.  He's still not back up to the volume of wine they were producing pre earth quake, but this is a different world and Manuel isn't done yet!

Manuel's great, great, great, great grandfather came over from the Canary Islands in 1750 and ended up buying land here in Yumbel in Bio Bio.  The vineyards have been planted, re-planted, and expanded over the years, but still it's important to note that his family has been here on this land since 1776.  Manuel has a lot of inherited experience as well as passion and responsibility.  His 16 ha of vineyards has a lot of Pais, but also Cabernet Sauvignon, Malbec, Moscatel, Semillon, and Corinto. 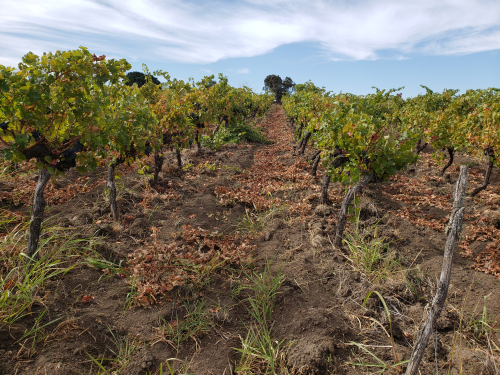 The vineyards are up on a ridge about 10K from the Pacific.  There's a pretty constant wind blowing across from the ocean that helps keep the vines healthy and cool.

Manuel makes a Pipeno wine in a litre bottle but he also makes a range of other exciting wines that are very much his own expressions.  Even the Pipeno is his own reflection!  It's fun and accessible, but it's also serious and has a lot of structure going on underneath.

After walking the vineyards we went back to his cottage to taste wines.  Manuel's cottage was surround by gardens so we ate tomatoes and chilies he'd grown and he regaled us with all kinds of stories.  Manuel comes across as a larger than life extroverted character, but he walks the walk as a wine maker and farmer.  His wines, particularly the Pais and the whites are really fun pure and playful. 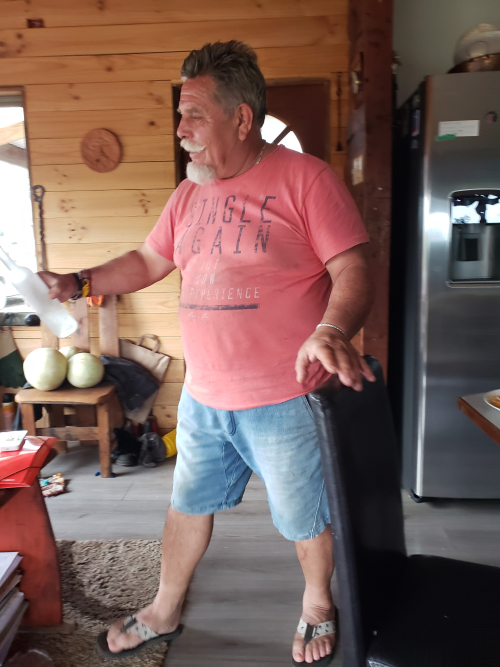 Manuel pouring Pisco he made and telling a story.  Anyone who's met him will recognize this pose!  This is his story telling pose!

Manuel seems to be really in love with the place he lives and farms.  He could have done all kinds of other things, in fact he was a forestry engineer until his father retired.  What he cares about is this land and the vines and the wine.   More than success or anything else I think he just loved the land he lived on.  After tasting several litre bottles of his Pipeno he made us go outside and take pictures of the sun set.  It was great; the sun set and hanging out with him. 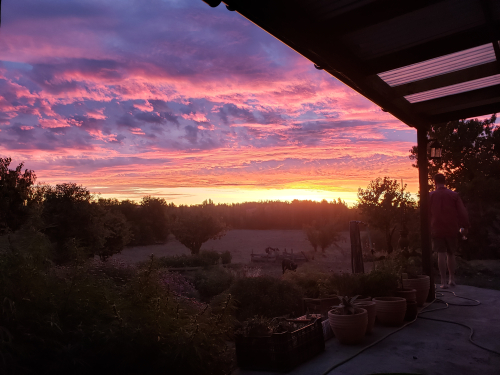 It was a pretty crazy sunset.  Below it you can see Manuel's garden outside his back porch.  The man seriously loves growing things!