Home Archives Profile Subscribe
Summer's here and so are the Wines!
Online Wine Tasting with Roberto Henriquez in Chile 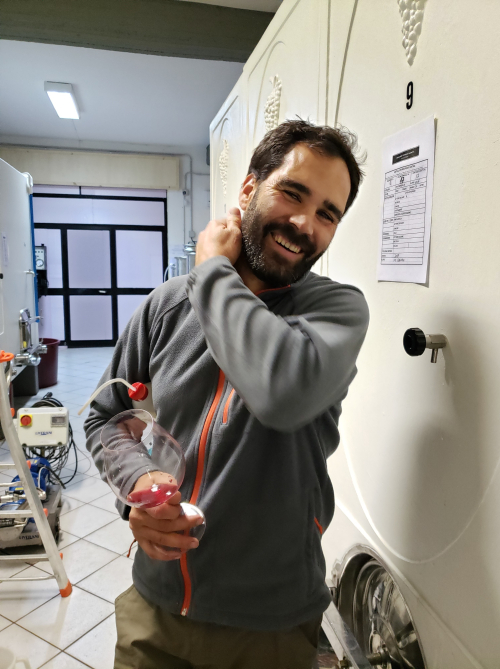 Eduardo came to Etna from Tenerife (the Canary Island) back in 2014.  He had studied viticulture and agronomy and there was more going on up on Etna.  He landed a pretty sweet job as wine maker for Andrea Franchetti at Passopisciaro.  Passopisciaro is one of the top producers on Etna and is dedicated to recognizing the many different vineyard sites.  So Eduardo got his foot in the door and started looking for vineyards to rent or buy.  He slowly got access to some and began making his own wines, I think when I was here in 2016 he was on his first vintage (2015).  At this point he's got his own small winery set up and makes almost 2000 cases of wine per year.  I think he made that vintage in the winery of his partner, Arianna Occhipinti.  He now has his own winery on Etna which certainly must make everything easier now that he's producing a few He makes 4 different labels: Versante Nord Bianco, Versante Nord Rosso, Quota N, and Pirrera.  Quota N and Pirrera are both single vineyard contrada wines.  Pirrera is about 90% Nerello and the rest is a version of Grenache. 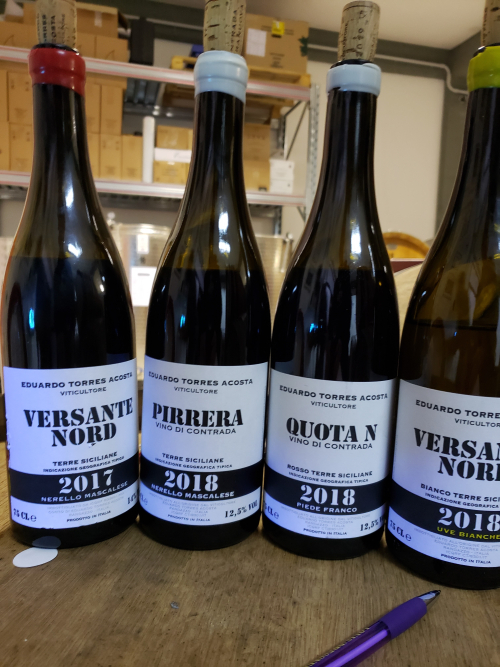 An interesting thing Eduardo told me was that pretty much none of his wines are single varietal.  He explained that the old vineyards may be primarily Nerello but have other grape varieties mixed in.  That's not really news, but he said that even the Nerello doesn't ripen uniformly because different terraces or sides of a particular vineyard will get differing amounts of sun, so even the Nerello ripens sort of unevenly, so harvest is always an exercise of selecting cluster by cluster and vine by vine in the vineyard and invariably other grape varieties that are there and ripe enough get picked and co fermented with the Nerello

Versante Nord Bianco is primarily Minella, about 60%.  This wine is insane.  It smells like a salted pineapple roasted on a grill.  Eduardo's bianco smells so richly tropically fruity and sunny!  It's a great aroma, not to cloyingly aromatic like Gewurztraminer can be, but so rich and alive and exciting.  It tastes....pretty much like it smells which is really cool!  There's fantastic saltiness in the midpalate and then the finish has a long lingering pineappley peach juice sort of flavor.  I opened this at a tasting with multiple vintages of Magma and other crazy Etna wines.  This was the only wine that nearly started a fight over who got to buy how many bottles.

This smells so comforting; like wood smoke, cherries, and a little like roasting meat.  None of the flavors are in your face, they're all woven together, but clearly separately defined from each other.  The aromas is just so beautifully clean, pure, and alive smelling.   Nerello Mascalese has a lot of faces.  It can be alternately beautifully aromatically floral or dense and fiery.  Eduardo's Versante Nord manages to do both, even on the palate!  There's really pure ripe cherry fruit with great balanced acidity that transitions into this spicy muscular finish.  There's a definite dance between the tannin and fruit here and it works so well; the balance is impeccable. 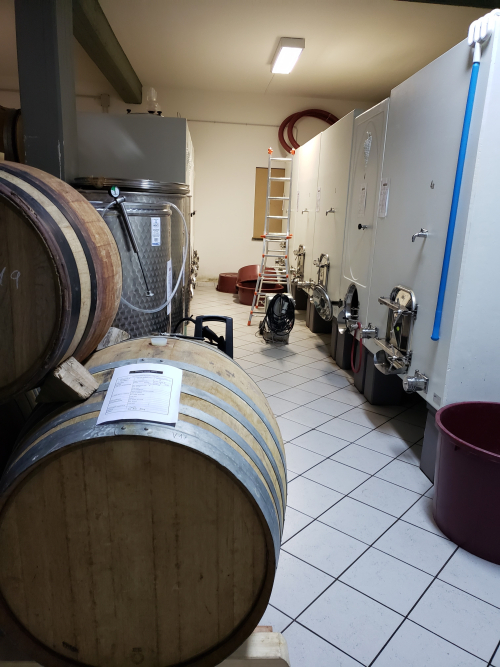 I visited Eduardo at about 6 o'clock at night and in the middle of a pretty crazy torrential rain storm.  It was raining about as hard as I've ever seen it rain in my life.  The streets had turned into rivers, all kinds of things were getting washed away, and the wind was strong enough that it was carrying away loose shutters and debris.  After we finished tasting and I helped him unload a new barrel from the back of his Ford Ranger we headed out to get dinner.  The road was starting to wash away in some places and I was glad to be in a pick up! 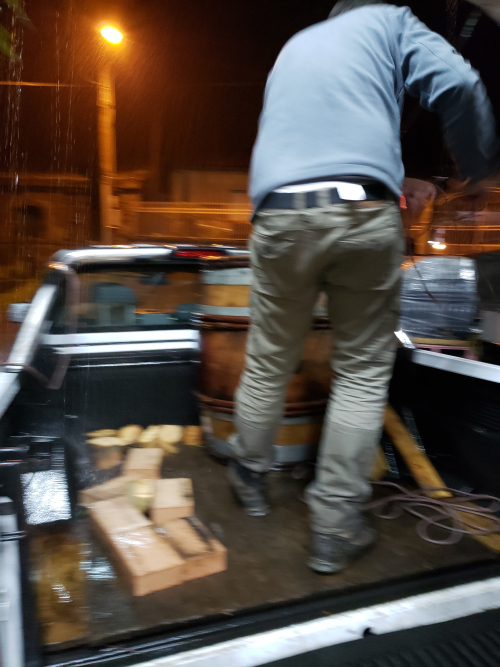 We went to a tiny restaurant in Castiglione and I don't even remember it's name!  I think we ordered everything on the menu.  It was delicious, it was dark and very wet outside and I think we were the only people in the restaurant.  I wish my Italian was better but it was great to hang out, it was late, and we were both pretty exhausted at that point.